Smartphone makers could be forced to adopt the same type of USB charging port under new rules proposed by the European Commission which could have implications globally.

Legislation is being put forward to establish a common charging standard using USB-C, in a bid to reduce e-waste and improve consumer convenience.

The move would not only apply to chargers for mobile phones but also tablets, cameras, headphones, portable speakers and handheld videogame consoles, the EU said.

While many smartphone manufacturers have already adopted USB-C fast-charging cables on more recent handsets, the iPhone has not, keeping Apple’s own Lightning connector.

The tech giant has previously warned against the idea, saying it risks ‘creating an unprecedented volume of electronic waste’.

To view this video please enable JavaScript, and consider upgrading to a webbrowser thatsupports HTML5video

Apple switched its iPad tablets to USB-C in 2018.

Announcing the proposals, Margrethe Vestager, executive vice-president for a Europe fit for the digital age, said: ‘European consumers were frustrated long enough about incompatible chargers piling up in their drawers. 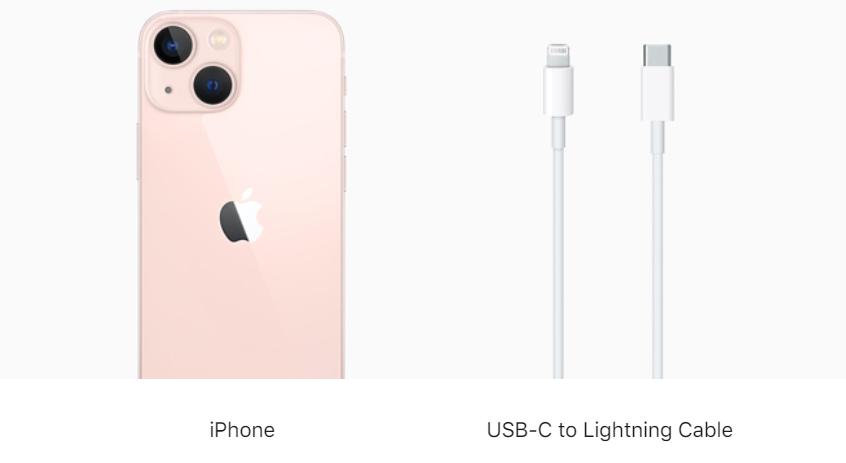 ‘We gave industry plenty of time to come up with their own solutions, now time is ripe for legislative action for a common charger.

‘This is an important win for our consumers and environment and in line with our green and digital ambitions.’

If changes to the Radio Equipment Directive go ahead it could still be years in the making, as scrutiny by MEPs and national governments could lead to parts being amended.

Under the Commission’s proposal, a USB-C connector will become the standard port for all smartphones, tablets, cameras, headphones, portable speakers and handheld videogame consoles. Chargers will also be sold separately from electronic devices.

The Commission said it was not targeting Apple and only acted because companies were not able to agree on a common solution despite a decade of talks, which have reduced the number of mobile phone chargers to three from 30.

The directive said: ‘Those manufacturers that have invested heavily in proprietary charging technology appear less keen, since the high charging performance of their bundled phones and EPS [external power supply] is an important part of their marketing strategy.’

Half the chargers sold with mobile phones in 2018 had a USB micro-B connector, while 29% had a USB-C connector and 21% a Lightning connector, according to a 2019 Commission study.

Should the new legislation be approved, manufacturers will be given two years to ensure their devices are compliant.

MORE : European hyperloop system under the Alps will shoot passengers through tubes at 745mph

Not convinced? Find out more »

10 Things You Need to Know About Your New iPad