The Boost Charge Portable Fast Charger for Apple Watch ($60) is a premium stand-alone charger for the Watch Series 7 that charges other Apple Watches at standard speeds in a flat or vertical orientation for nightstand mode. As its name implies, is designed to be compact and travel friendly. Alas, like the Apple Watch Magnetic Fast Charger ($29), it doesn't come with a USB-C power adapter.

See it at Belkin 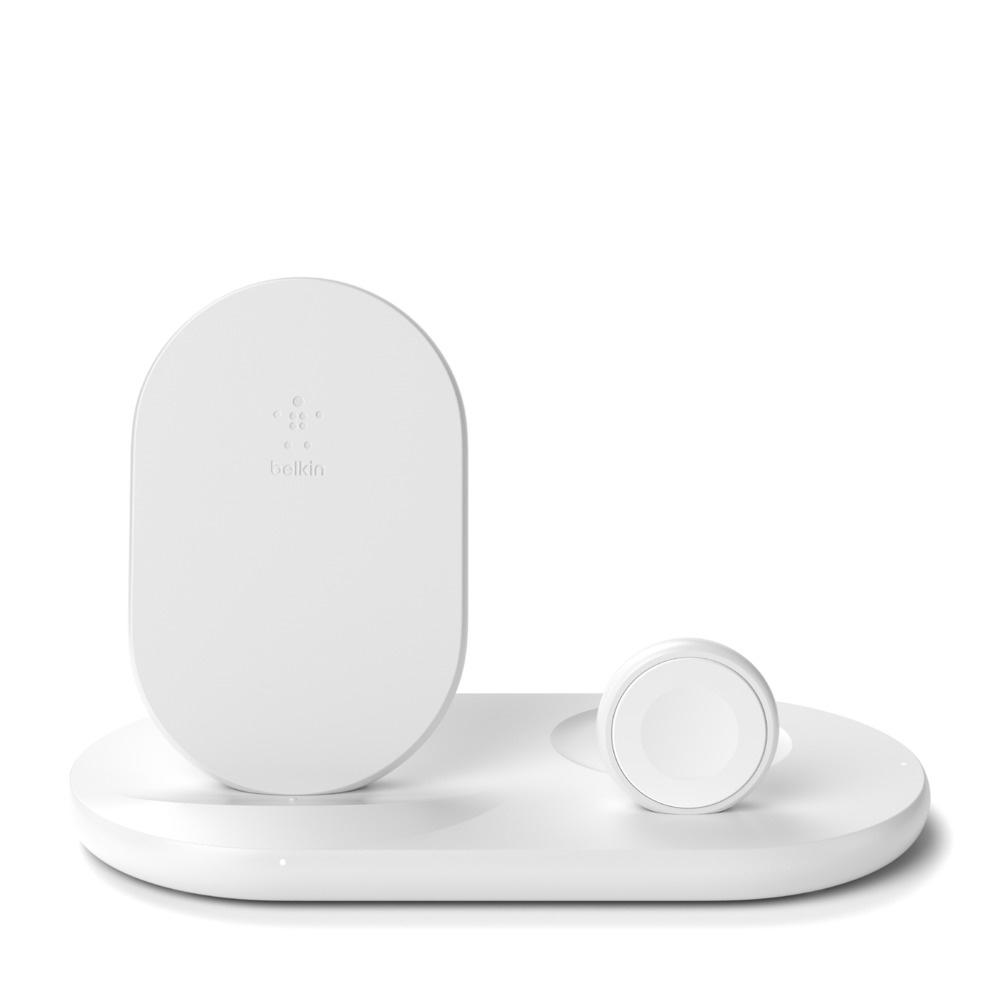 I tried an engineering sample of the upcoming 3-in-1 Boost Charge Pro Portable Wireless Charging Pad with MagSafe, which costs $150 and will ship in the coming months. Along with fast-charging for the Watch Series 7, it also fast-charges iPhone 13 and iPhone 12 models at up to 15 watts, the fastest wireless charging available for iPhones. Non-Apple certified wireless charging pads can only charge iPhones at up to 7.5-watt speeds.

See it at Belkin

The charging speeds for the Watch Series 7 seem accurate in my tests. I usually go down to just less than 50% battery life after a day of normal use with the Watch Series 7. After only about 20 minutes, the battery was close to fully charged (getting that last 5% can drag things out a bit since, as Apple indicates, the first 80% yields the fastest charging times).

The 3-in-1 Boost Charge Pro Portable Wireless Charging Pad with MagSafe includes a 40W adapter and I charged an iPhone 13 Pro, the AirPods third-generation and Watch Series 7 at the same time. Like the Boost Charge Watch fast-charger, the adjustable Watch module accommodates any Apple Watch case size in either flat or in nightstand mode. You can also charge a second phone on the AirPods slot, but you don't get fast-charging there -- it only offers 5-watt charging.

The 3-in-1 Boost Charge Pro Portable Wireless Charging Pad with MagSafe is certainly a nice charging station for Apple devices. It has a sleek, elegant design, with a nice soft-to-the-touch silicone finish. My only gripe is that finish is a dust magnet and I had to wipe it down with an alcohol towelette to remove any dust particles before I photographed it. The black shows more dust so I'd recommend getting the white version (of both chargers) rather than the black.