a mobile phone charger is an inverter

These days there is a greater need to be productive and efficient on the go. People just want the ability to do more even when they are traveling. It helps that their companion, the smartphone can do most things, but even what if you want to get more done using say a tablet or a laptop? Well, one of the best accessories would be in that case an in-car charging inverter instead of the standard USB or cigarette lighter, USB charging plug. An inverter offers a full AC power plug point and in most cases also has a USB port to boot which can help to get more done while you're on the go?

The 200-watt power inverter by Belkin is a product that is almost a decade old, but it still works like a charm. It enables a 200 watt AC plug which means you can even plug in something as hefty as a gaming laptop or a pro-grade laptop like the 16-inch MacBook Pro which uses a 100-watt charger and has charged while on the go. At the same time, it even provides a USB port allowing to charge another small device like a phone at the same time. It also acts as an inverter or UPS, but that is for a very short period. 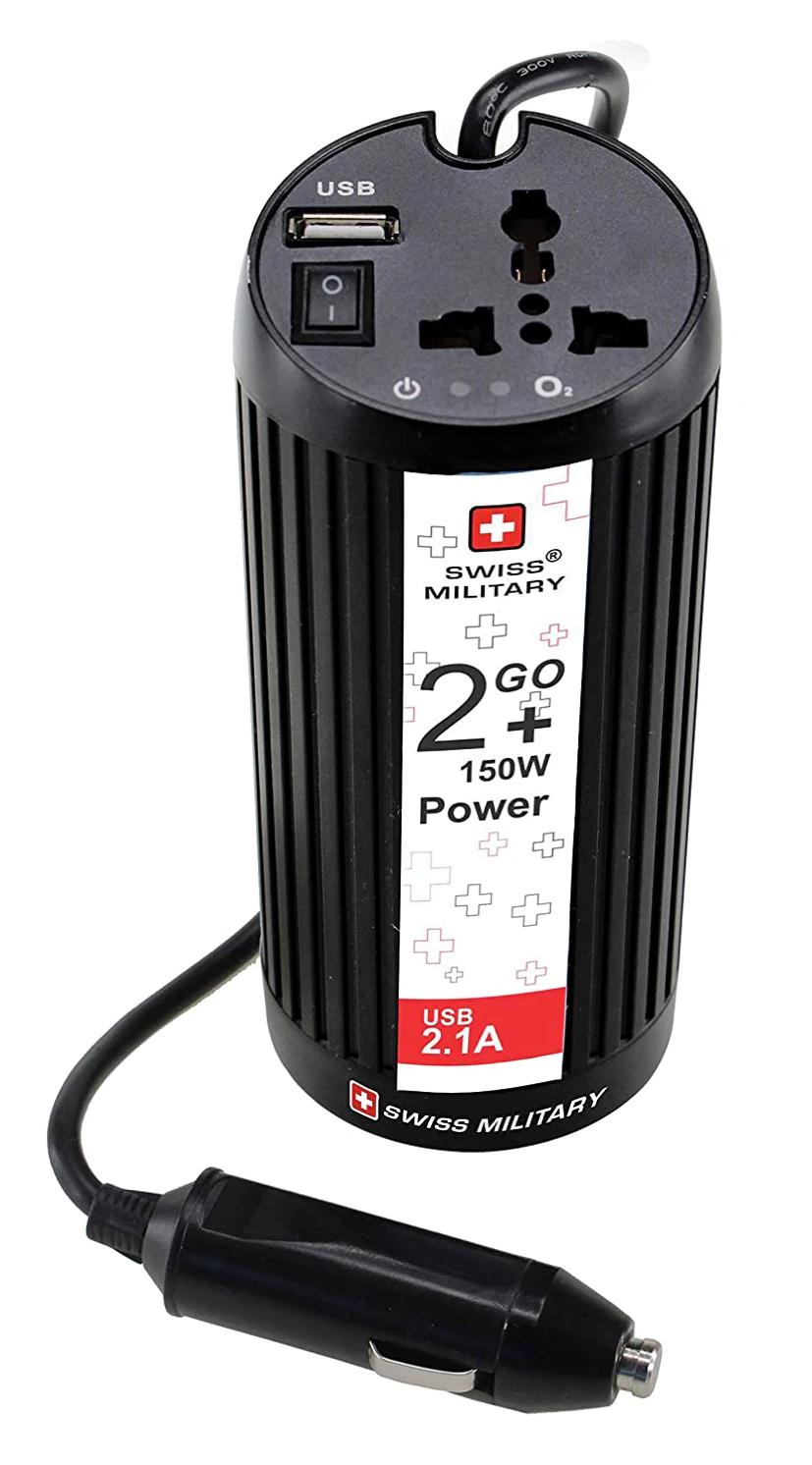 It offers 2 USB ports, a cigarette lighter port and an AC plug

The CarPower One by Portronics is similar to the Belkin portable inverter. It is just that it has a more modern, smarter design in a more affordable package, though it still can't match the build quality of the Belkin. It converts 12-volt DC power to AC allowing up to 150-watts of power which means it can charge most gaming notebooks or workstation notebooks with ease. It also provides twin USB ports allowing you to charge up to 2 phones at the same time. Interestingly, it also integrates a cigarette lighter port in case you're missing it as the CarPower One takes over the built-in lighter port.

This charger also doubles as an air ioniser

Swiss Military makes a very portable in-car inverter that also converts DC power to AC derived from the car cigarette lighter port. It offers up to 150-watts which means it can also charge most gaming and workstation laptops, enabling the user to charge multiple devices at once with an additional USB port as well. It also doubles as a basic air purifier as it uses ionization technology to clean the air in the car.

screenrant.com Is The Galaxy S21 FE Worth Buying?