The iPhone 14 series, Apple’s next generation of iPhones, is expected to debut in September this year. Now, months ahead of the launch event, MySmartPrice has received exclusive CAD renders of the vanilla iPhone 14 model via an industry insider. Thanks to these RAW CAD renders, we have our most accurate look yet at what the iPhone 14 will look like when it launches later this year.

To start with the front of the iPhone 14, we may not see any major changes in design terms. In particular, the thick display notch on top is being retained in the vanilla model. We can expect the iPhone 14 Max — which is reportedly replacing the ‘mini’ model in Apple’s 2022 lineup and is said to sport a 6.7-inch display — to have a similar design.

Folks at 91mobiles recently posted the iPhone 14 Pro CAD renders and, thanks to that, we know that Apple will ditch the display notch in favour of an all-screen front panel with gaps for the Face ID sensors and the selfie camera on the 14 Pro and 14 Pro Max. This is something that syncs with what leaks around the iPhone 14 series have been pointing out for a few months.

Without further delay, here are the renders of the upcoming iPhone 14.

The CAD renders of the iPhone 14 offer by far the clearest look at the upcoming iPhone likely to launch in September 2022 alongside the iPhone 14 Pro. 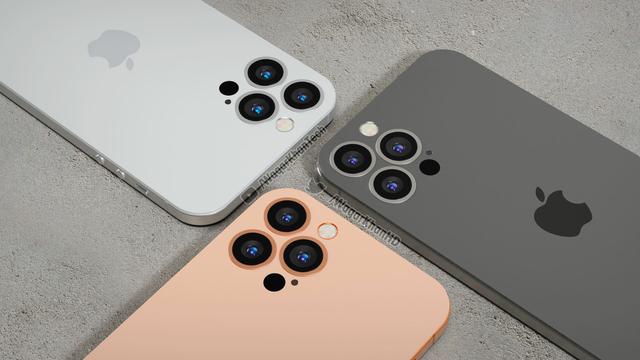 Now that you have seen all the exclusive CAD renders of the iPhone 14 let’s talk about details.

iPhone 14 Design: What to Expect

As already mentioned, the iPhone 14 will appear the same as the iPhone 13 from the front. The CAD renders also show that the back panel on the iPhone 14 features an iPhone 13-like rear camera placement. However, the camera housing seems to have received a minor refresh and seems to have a thicker frame of glass surrounding the housing. Notably, the dual rear cameras are placed adjacent, same as seen on the iPhone 13 alongside an LED flash module. And while the CAD renders that we received do not include the Apple logo at the back, that doesn’t mean the phone will come without the iconic logo in the middle of the back panel.

Like the iPhone 13, the iPhone 14 left edge can be seen housing the volume rocker, with the alert slider placed above it and the SIM card slot below the volume keys. The right panel just houses the power button, positioned towards the middle. Other CAD renders hint at regular bands running across the handset, while the bottom panel can be seen housing the charging port. Apple can be expected to ship the iPhone 14 with the Lightning connector, meaning we will have to wait at least a year before Type-C charging comes to iPhones.

Overall, Apple is opting for a redesign with only the Pro models this year, while the iPhone 14 and the rumoured iPhone 14 Max will retain the company’s familiar, tried and tested design. We are familiar with this strategy considering the latest iPhone SE still sports the iPhone 8-like design that launched in 2017.

The industry insider also confirms that the iPhone 14 would feature a 6.1-inch display, the same as the iPhone 13 and iPhone 12. Going by the CAD renders where Apple can be seen opting to use iPhone 13-like design on the iPhone 14 and a design refresh for iPhone 14 Pro, we can expect Apple to use last year’s A15 Bionic on the iPhone 14 while the Pro to get the latest A16 Bionic chipset later this year.

Let us know what you think about the iPhone 14 and whether you think Apple is doing it the right way.

How to Fix ‘It When a Fire Stick Overheats’ Issue