The CPR Cell Phone Repair shop in the Montrose area of Fairlawn is a success story in more ways than one.

Owner Scott Madison said he wants people to know that no matter how bad things are going, there is always hope.

He started as an employee there after repeatedly being turned down for a job. About a year after he was hired, he ended up buying the franchise, including the fixtures, computers, tools and contracts. He also survived a personal crisis and depression.

The shop is located in a small retail complex at 3869 Medina Road, where Madison services and repairs smartphones including iPhones, computers and tablets, printers, game systems and other electronic gadgets. The business also sells batteries, buys and sells used phones, and offers other services.

"We do hard drive replacements, we do anti-virus install, I clean hard drives, speed up the hard drives, fix the physical computer, including laptops. If the charging port on the laptop is broken, the keyboard breaks ... we fix that, we fix the screens," he said, explaining the business isn't just about phones. "I love it. It's not even like a job anymore. It's not like anything I've ever experienced before."

"I started here a little over two years ago as a tech with no experience," he said. "It was always a hobby of mine to fix phones ... I would spend hours watching YouTube videos of just people taking phones apart and putting them together," he said.

After initially working as a letter carrier, an injury on the job caused him to change course. He had not yet become a full-fledged, permanent employee with the U.S. Postal Service.

"At one point I had six different phones, just because I loved the way the internals worked, the cameras, the screens," he said. "As soon as something new came out I would watch videos on how to tear it down and put it back together. Over time, I just developed the skill.

"It just turned into a huge hobby for me."

After about a year on the job, it became more than a hobby or a job — the chance came for Madison to purchase the business.

"I just asked the owner, 'Are you trying to sell this store? Because I want to buy it if you are.' And he said, 'Yeah, we can work out a deal if you want to.' "

Madison had just received a settlement from a car accident he had been in a few years earlier.

"Fortunately, everything just came together for me," he said. "I had just got that money from that car accident and I'm really cheap. I'm not spending my money. I'm like, hoarding it all, and then this opportunity came up." 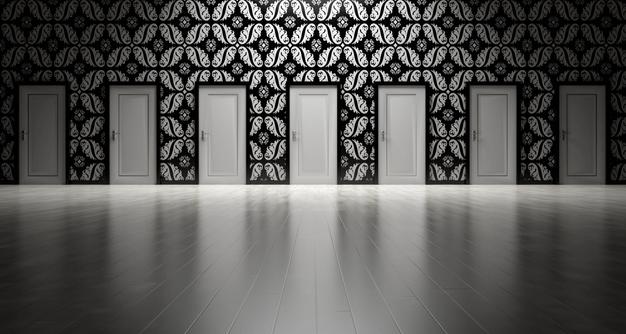 The company also allowed him to make payments on the outstanding balance. Now, the business is paid off and he has about eight years to go on his franchise agreement.

Things didn't start out well. After beating the odds to get the job, his personal life collapsed after just two weeks on the job.

He said a custody battle with his son’s mother sent him into a deep depression that lasted for months, causing him to seek counseling and medical help.

“I ended up going to a doctor, I wasn’t feeling well some days at work,” he said, explaining he was constantly vomiting.

“They took my blood pressure and thought I had heart disease,” Madison said. “The doctor told me that normally when you have heart disease, they give you three to seven years to live and I thought things can’t get any worse than this.”

The final diagnosis was stress. Eventually, after not seeing his then 5-year-old son for weeks, the court ordered shared custody.

“I didn’t even know how I would make it through,” Madison said. “The counselor really helped. I just took it day-by-day.

“I went from the worst period then, to in a year owning the store and everything."

He said people should never give up hope.

“If one person can read my story and think, ‘Oh wow, he went through all this and look where he is now. Maybe I can push through,' " Madison said.

He said he's looking at expanding to other locations at some point in the future, adding he wants to get to the point to where his son will have opportunities.