Google TV was first introduced in October 2020 as a new smart TV software interface from Google. Even though it’s still Android TV under the surface, Google TV more closely follows the content-first approach of Amazon Fire TV and other platforms, sometimes to a fault. Now we have a better idea of what might be coming soon for Google TV, thanks to a new interview.

Protocol has published an interview (via The Verge) with Google TV Director of Product Management Rob Caruso, which mentions some of the areas Google is focusing on with Google TV. The company is hoping to work with more content providers on system-level universal search and content recommendations, like what is already available with YouTube, Google TV (the movie/TV library, not the operating system), Hulu, HBO, and other platforms — Netflix is the main holdout right now. 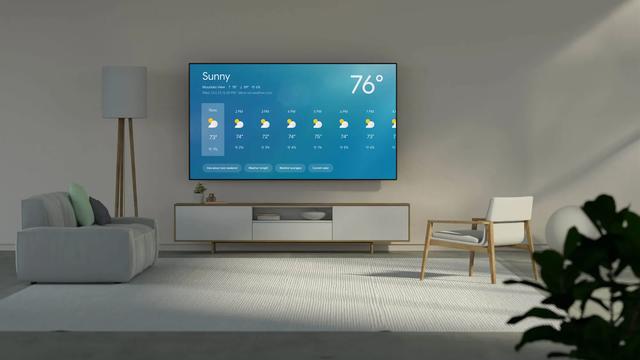 Google is also experimenting with fitness features, presumably mirroring the Apple Fitness+ service and its cross-device integration, as well as “better integration of smart-home controls.” Video communication is another focus for Google, as Caruso mentioned he would like to see Zoom available on Google TV/Android TV. There aren’t any firm details or release timelines for these, at least publicly.

Caruso also revealed a few interesting details about Google’s growing popularity on smart TVs. Google now has 250 device partners worldwide using Android TV and Google TV, including 170 operator partners. Out of the top 10 smart TV manufacturers worldwide, seven are producing devices based on Android TV or Google TV. Some recent examples include the Realme TV stick, TCL 5-Series and 6-Series TVs (which were later pulled from shelves due to software problems), and various Sony Bravia models. However, the push towards Google TV isn’t sitting well with everyone — more third-party launchers are popping up that remove content recommendations and ads, and TiVo said last year that it planned to move away from Android TV entirely.

Corbin is a tech journalist and software developer based in Raleigh, North Carolina. He's also the host of the Tech Tales podcast, which explores the history of the technology industry. Follow him on Twitter at @corbindavenport.

How to clean iPhone, iPad, Apple Watch, and AirPods

The U.S. has made big promises. Where’s the money?