How the EU plans to remove millions of useless chargers

It’s estimated that of every three chargers we own, we only use two, while unused chargers generate 11,000 tonnes of e-waste annually.

The European Commission has been working with the electronics industry since 2009, trying to come up with a standard approach to charging devices so that we can end both the waste and the inconvenience.

They’ve had some success so far — 12 years ago, there were 30 different kinds of mobile phone chargers. Now there are only three.

This progress came voluntarily, but now the Commission is putting forward a legislative approach to enable Europeans to power their devices with one common charger.

Announcing the new legislation, Margrethe Vestager, executive vice-president for a Europe fit for the Digital Age, said that European consumers were frustrated long enough about incompatible chargers piling up in their drawers. “We gave the industry plenty of time to come up with their own solutions, now time is ripe for legislative action for a common charger. This is an important win for our consumers and environment and in line with our green and digital ambitions.”

‘USB-C’ will be the new standard charging port for all smartphones, tablets, cameras, headphones, portable speakers and handheld videogame consoles.

Thierry Breton is the commissioner responsible for the internal market.

“Chargers power all our most essential electronic devices,” he said.

“We are putting an end to that. With our proposal, European consumers will be able to use a single charger for all their portable electronics — an important step to increase convenience and reduce waste.”

Despite the Commission’s efforts to continue with the voluntary drive towards charger harmonisation, the new agreement proposed by the industry in 2018 fell short of expectations. This is why the Commission decided on a legislative approach.

The aforementioned USB-C will be the charging standard for all devices.

In addition, the Commission proposes to harmonise fast charging technology and give consumers the option of buying a new electronic device with or without a new charger.

While phones and phone chargers are the main target of the legislation, the plethora of other devices that come with their own — often unnecessary — chargers, has prompted the Commission to take a wider view and bring more manufacturers and products into harmony.

Some products haven’t made it in however. The Commission says that things like earbuds, smart-watches and fitness trackers were not considered for technical reasons linked to their size and use conditions.

The proposed measures will deliver better choice for consumers, who will now be able to use the same charger to charge mobile phones and other similar electronic devices regardless of brand.

This improved interoperability between the electronic device and the common charger will ensure that the speed of charge is the same when using a compatible charger. 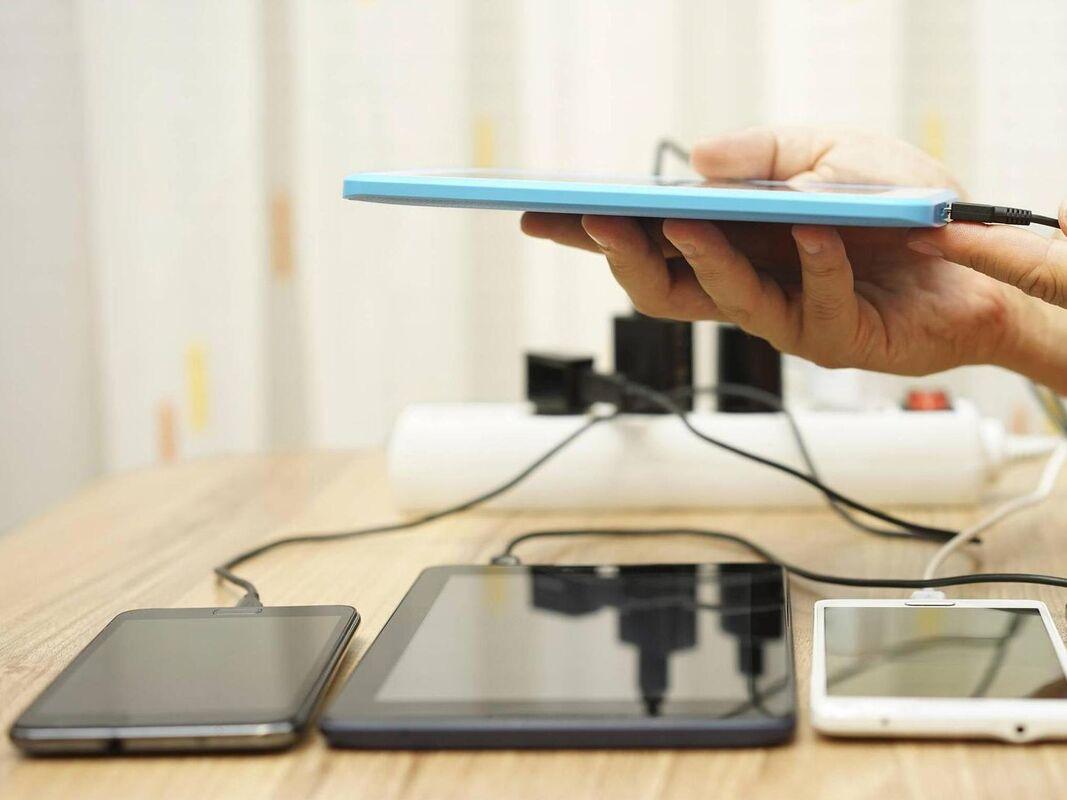 In addition, consumers will be better informed about charging performance, including information on the power required by the device and if it supports fast charging.

This will make it easier for consumers to see if their existing chargers meet the requirements of their new device or help them to select a compatible charger.

The new requirements will ultimately contribute to the reuse of chargers and help consumers to save €250m a year on unnecessary charger purchases.

We’ll also see less e-waste. Consumers will have the choice to purchase a new electronic device with or without an external power supply.

The unbundling of the external power supply contributes the most to these savings while helping to reduce the extraction of resources, manufacture, transport, use and disposal of the chargers.

To ultimately have a common charger, full interoperability is required on both sides of the cable: the electronic device and the external power supply.

The interoperability on the device end, which is by far the bigger challenge, is covered by the Commission’s proposal.

The interoperability of the external power supply will be ensured by the revision of the Commission’s Eco-Design Regulation in the near future, with a view to coming into force at the same time as the revised Radio Equipment Directive, which is the relevant piece of legislation at the device end of the cable.

As manufacturers continue to innovate, we’re going to see more developments in the area of wireless charging, which is still a developing technology.

In order to allow innovation in this field, the proposal doesn’t set specific technical requirements for wireless charging. Manufacturers will be free to include any wireless charging solution in their products alongside the wired charging via the USB-C port.

The proposal also harmonises charging speed for devices that support fast charging. This will now be defined by the mandatory use of the common charging protocol ‘USB Power Delivery’, which allows the electronic device and the charger to communicate to deliver the fastest charging time.

The proposed new requirement will ensure that users will be able to charge their electronic device at the same speed with any compatible charger.

While consumers will be able to choose to buy an electronic device without a charger, devices can still be sold with a cable in the box.

As the Commission points out, cables have uses other than charging: data transfer for example.

Consumer surveys revealed that users still find it useful to find a cable in the box because it’s the component that tends to break most often.

The Commission proposal for a revised Radio Equipment Directive will now need to be adopted by the European Parliament and the Council.

After that, there will be a transition period of 24 months from the date of adoption to give the industry time to adapt before the law comes into force.