While industries across Silicon Valley are slowly recovering from the COVID-19 pandemic, the airline industry is having a tougher time.

San Jose’s drop in passengers is almost twice the national average, approximately 28%. But officials close to the airport’s inner workings say the international transit hub has “weathered the storm.”

“Revenues were completely savaged,” said Russell Hancock, president of nonprofit economic think tank Joint Venture Silicon Valley. “But because of enlightened fiscal management, they had emergency funds in place so they could keep the airport operating. I think it’s really impressive.”

Numbers from the Bureau of Transportation Statistics show domestic passenger traffic across the U.S. was down 59% in 2020 compared to pre-pandemic levels, and down 74% internationally.

According to data from Caltrans, air traffic at Mineta San Jose International Airport went from a peak of 15.6 million passengers in 2019 to a low 4.7 million in 2020. While it’s still early in the year, the airport is seeing an uptick in intrastate and bordering state travel, such as flights to Los Angeles, San Diego and Las Vegas.

“Santa Clara County reacted to the pandemic really quickly,” said Scott Miller, a professor in the Department of Aviation and Technology at San Jose State University. “That contributed a lot to the drop-off in travel, particularly in San Jose.” 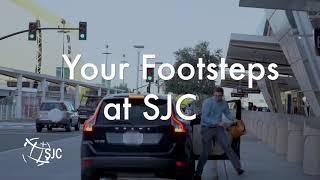 “Even during the height of the pandemic, what we’ve done—forcing masks, minimizing contact with guests like suspending food and beverage service—we found that passengers have a very small chance of getting COVID,” said Franco Finn, spokesperson for Alaska Airlines. According to Finn, flights on the airline are back to 80% of pre-pandemic levels.

“We were burning a lot of cash,” he said.

Finn also said there’s been a massive increase in flights to Hawaii due to it being a perennially popular vacation destination, in addition to the state’s COVID rules. Passengers flying to Hawaii must present a negative COVID test upon arrival, within 72 hours from the final leg of their trip to Hawaii.

The boost in travel to and from San Jose could bode well for the region’s tech industry, which regularly saw business travel to Silicon Valley and other tech hubs across the country, including Portland and Seattle. Even so, tech had a banner year without frequent business flights into the region.

“(The pandemic) has not been the blow to our economy that a lot of us expected,” Hancock said.

One of the airport’s quirkier measures came last July when it produced three original songs to remind passengers to follow social distancing guidelines, wear masks and wash their hands. The airport plays the songs continuously on its public address system. Another video released the same month featured a cheery walkthrough of the facility’s COVID protocols.

“We’ve so far refrained from inspiring people to travel or take a trip, and instead chosen to present SJC as a great option should people choose to travel,” said Keonnis Taylor, airport spokesperson.

Taylor said most of the airport’s COVID modifications will remain in the near future, even as the airline industry continues to open up. The airport installed ultraviolet-C lighting on all escalators to sanitize handrails and new custodial equipment. Just last week, officials introduced new bins with antimicrobial technology at checkpoints. Air travel, she said, is coming back.

“We are confident that the Silicon Valley travel market remains strong,” Taylor said. “We understand that the decline in traffic is due to the pandemic, and we fully expect travelers will take to the skies again once they feel it’s safe to do so.”