It is often seen that the battery life of smartphones starts becoming weaker in 6 months. Even after full charging, the battery does not last all day long. Not only that, by the end of a year, the problem increases substantially.

There are many reasons behind this which we either ignore or don't pay any attention to. In this report, here are the five important things that reduce the battery life of your smartphones faster. 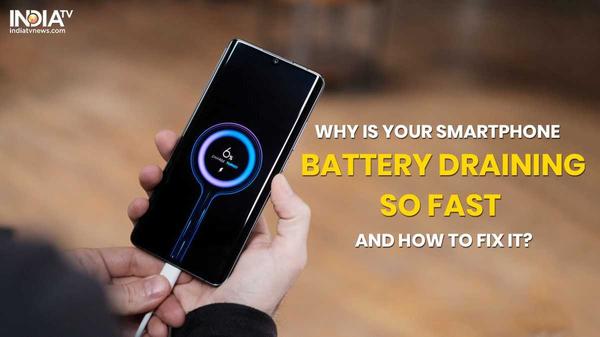 Many Tabs On BrowserOften in our smartphone's browser, we open many tabs and forget to close them. In this case, the open tabs in the background increase the battery load and the battery starts running out faster. Turn off these tabs after using them if you want to extend the battery life.

Vibration modePeople often keep their mobile phones on vibration mode for a long time which causes their phone's battery to run out quickly. The vibration that occurs while touching the phone or pressing a button can also be turned off because it can also affect the battery's health.

Fake chargerAlways charge the phone with its own charger. Charging a phone with someone else's phone charger can spoil your phone. Not only that, but the use of fake chargers can also prove to be detrimental to battery life.