One of the most recent incidents of a smartphone blast in 2021 involved the OnePlus Nord 2. The smartphone launched back in July with a decent set of specifications for a reasonable price. But it seems like one of the units malfunctioned, which caused it to blast.

In August, a user stated on Twitter that his wife’s OnePlus Nord 2 blasted inside her sling bag while she was cycling. The woman bought the new Nord 2 just a few days ago. The victim was said to have met with an accident and is in trauma following the incident. The user Ankur Sharma from Bengaluru also posted images of the damaged unit. The pictures showed the rear panel totally destroyed. The frame, side panel, and display are burned as well. 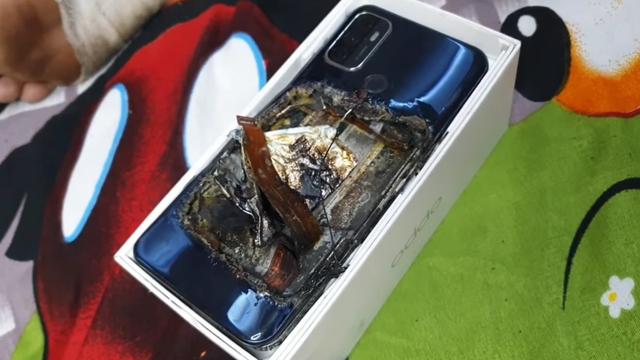 In response to the situation, OnePlus tweeted, “We are gutted to hear about your experience. We are deeply concerned and want to make it up to you. We request you to connect to us over a direct message so that we can make amends and turn this around for you”. A cause for the explosion was not specified at that time.

A few days later, a second case regarding the same smartphone getting exploded was spotted. Fortunately, the company later clarified that the case was fake and didn’t involve any OnePlus products.

Third case of the blast happened last month in November. The blast took place in Dhule, India when the phone was in the right pocket of the user, where it suddenly blasted out of nowhere. Soon after the incident was reported, OnePlus responded with a statement saying, “We take such incidents seriously. Our team has reached out to the user and we are in process of collecting the details to investigate this further”. However, the exact reason behind the blast is still a question.

Now OnePlus has issued a refund and is set to pay for victim’s medical expenses. The company’s operational head is also said to be in contact with the victim for any help or queries. Though, the user who reported the incident has also not shared any updates on the compensation. However, he clarified that OnePlus is in touch with him, and the R&D team is looking into the matter.

How to protect your phone from damage; Here are 5 tips and tricks