how much electricity does a mobile phone charger use

The best chargers for your Samsung smartphone

You can buy the Galaxy S22 Ultra since February 25. Not only does it offer the company's latest hardware, but it is also the fastest charging Samsung smartphone to date.

The base model will still only be able to be charged at a maximum of 25 watts. However, the other two models have a maximum charging rate of 45 watts via cable. Wirelessly, all three smartphones can be charged at a maximum of 15 watts. Back from 2021 is one annoying detail: Chargers are not included in the phone's box. Therefore, we highly recommend some of these great chargers below, both from Samsung and third-party manufacturers.

We recommend two original Samsung chargers, one for wired and inductive charging each. In addition, there are three alternatives from third-party manufacturers, which we consider to be highly recommended.

Here's what you need to look for when buying smartphone chargers

There is a huge number of different chargers in the market, both from Samsung and from countless third-party manufacturers. For the most part, smartphone manufacturers ask that you always use original chargers. This is due to the specific charging power, but it is also supposed to increase safety as you can never tell what kind of quality third-party manufacturers churn out. We would like to shed more light on this.

When we talk about fast charging, we often talk about dizzying speeds achieved by companies like Realme and Xiaomi. We have to be aware that these manufacturers tend to rely on proprietary standards. This means that you can own a Galaxy S22 Ultra that can be charged at a maximum of 45 watts, but you can also charge it with a 65-watt charger from a third-party manufacturer at a far slower 45-watt speed.

If you want to learn more about these different standards and how fast charging works, I would highly recommend our article about fast charging standards. There, we also explain the USB standard known as "Power Delivery", which can deliver up to 100 watts via USB-C.

Unfortunately, Samsung makes things complicated for us by supporting different standards over the years. In the Galaxy S21 Ultra, for instance, it was Samsung's own AFC (Adaptive Fast Charging), where both USB PD (Power Delivery) 3.0 and Quick Charge 2.0 were also supported.

Do you currently want to buy a fast (and preferably universal) charger from a third-party manufacturer that powers your new (Galaxy S20 and newer) Samsung smartphone as quickly as possible? Then make sure that USB PD 3.0 is part of the deal, along with a reference to PPS (Programmable Power Supply). PPS ensures that the voltage can be managed in a flexible manner. Thus, the smartphone charges more efficiently, faster, and more gently.

We mentioned it earlier: The S22+ and S22 Ultra charge at speeds of up to 45 watts, assuming it uses a compatible charging adapter. If you decide on the base S22 model, 25 watts is the maximum, just like in its three predecessors from 2021. Interestingly, older models like the Galaxy Note 10+ or the Galaxy S20 Ultra already supported fast charging at 45 watts. 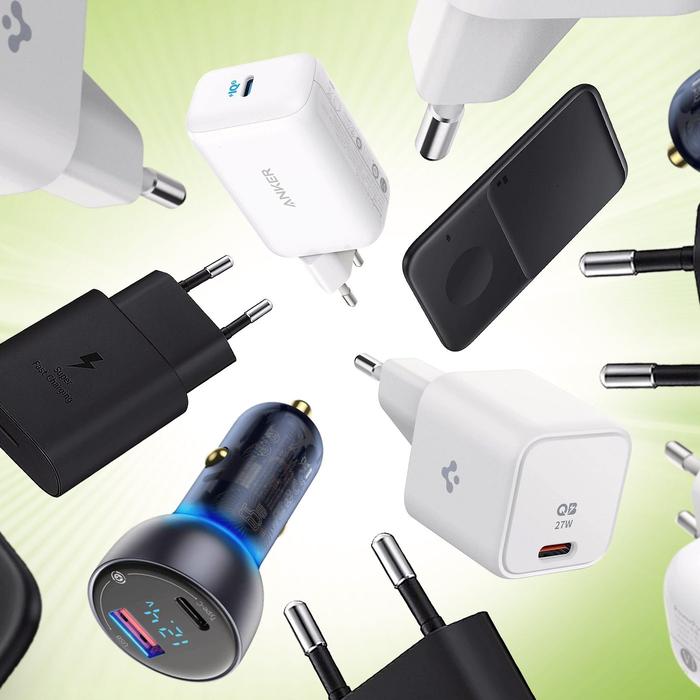 In practice, this speed was mostly not achieved (rather, it was around 30 W). The new models also seem to suffer from the fact that 45 watts is just theoretically possible. The following list of the most important Samsung smartphones at the moment shows the maximum charging speed according to Samsung and which standards are supported.

This is the charger that should have been in the box when you bring home one of Samsung's expensive flagships home. It charges at up to 45 watts for the new models and up to 25 watts for older devices like the Galaxy Note 10. For about $49, you can also charge your new Samsung smartphone quickly and safely, while the USB Type-C cable is also included in the box.

For wireless charging, most of the other alternatives charge at a maximum of 9 watts, but this linked model below offers a faster 15W output. In this case, you also have an additional surface area so that you can charge your Galaxy Watch in addition to your smartphone. Of course, you have to be aware that this takes more time compared to wired solutions.

With a maximum of 65 watts, you can certainly charge fast with this bad boy. The maximum output does not apply to Samsung smartphones, of course, which can take in a maximum of 45 watts only. PPS is supported in this highly recommended charger from Anker, and you can also charge compatible notebooks with it. It is just a pity that the USB cable is not included in the box with an asking price of just $40. You will have to buy it separately.

Sometimes, size does matter. If you want to have a charger with you at all times when you're on the go, it helps if the accessory has the smallest possible dimensions. Spigen, which we know from particularly great phone cases for the Galaxy S22 Ultra, has a particularly compact model on offer.

PPS is also supported here, but with a maximum charging power of 25 watts. You can see how much smaller the charger is in the picture above. This means you have the choice of whether you want to buy the smallest possible charger at the cost of a lower charging speed. Retailing for just $19.99, the cable is also not included.

Finally, we have a charger for you who are always out and about which also charges your Samsung smartphone quickly in the car. Up to 65 watts charging speed is possible with the charging solution from Baseus, which also supports Quick Charge 3 and 4 in addition to Power Delivery. The fun extends to dual charging capability, where it currently costs just $23.99 on Amazon.

With this selection, you should be able to ensure that you get your Samsung smartphone charged in the best possible way regardless of where you are. Which chargers have you had a particularly good experience with? Feel free to write to us about it in the comments.