can i use mobile phone while charging

SuperVOOC is getting super-er, as soon as next quarter

OnePlus phones are already the fastest-charging models you can buy in the US today. Last year's OnePlus 9 Pro was able to charge at 65W using a cable, and the 10 Pro upped that to 80W (though, sadly, you can't buy one here yet). But future phones from OnePlus and Oppo will be able to charge much, much faster, as the two companies have announced today at MWC that 150W SuperVOOC charging is coming.

I know the name SuperVOOC might sound wrong in the context of OnePlus, but its charging standards were always based on Oppo's technology, and since the merger, the "Warp" branding has been dropped — it's all SuperVOOC across the board, now.

150W SuperVOOC promises to top up 4,500mAh battery to 50% in a mere five minutes — miles from the old "a day's power in half an hour" claims OnePlus made back in the day for its old 30W Warp Charge solution. The new charging system will require a customized "twin battery" to work, but that's just the tip of the engineering iceberg.

OnePlus says these batteries have "self-healing" functionality due to "Bionic Electrolyte Technology" — presumably, the electrolytes high-powered phones crave. According to Oppo, a change in the electrolyte chemistry causes continuous repair while charging and discharging that protects against damage to the electrodes. "The electrodes are continuously repaired during the battery’s charge and discharge cycles, forming a more stable and durable film" called a Solid Electrolyte Interface. 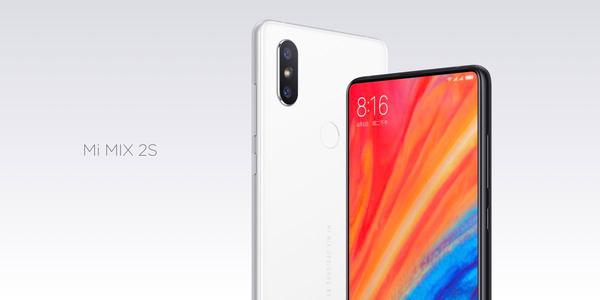 Passing over the buzzwords and marketing terms, OnePlus says that, paired with battery health management algorithms, battery capacity can be maintained "as high as" 80% even after 1,600 charge cycles — equating to a loss of only 20% of its capacity if you have to charge it fully every day for over four years. Not bad.

SuperVOOC works at up to 20V and 7.5A, a level of current that could mean specific cables would be required. That was more common for proprietary charging standards in the pre-USB-C era, but it's a little less common now, though even conventional USB PD charging beyond 3A requires a beefier Type-C cable rated for the extra current, simply for your safety.

The new chargers themselves won't be huge, either. Oppo shows off a comparison (above) that implies they won't be a whole lot larger than the company's prior 65W chargers, like those used by OnePlus. Dimensions are advertised at 58 x57 x 30 mm, weighing around 172g.

You might remember that OnePlus's Warp Charge 65 chargers were actually compatible with the USB Power Delivery spec to a certain degree, even supporting PPS charging, which is supported on some of the best chargers out there. That compatibility extends to the new 150W SuperVOOC charging too, so you'll be able to use the new chargers to top up all of your devices. OnePlus hasn't mentioned numbers, but odds are you'll see a little less than 150W supported for some of these other standards, but you might be able to use a single charger for your tablet, laptop, and OnePlus or Oppo phone while traveling.

On that note, we may not have long to wait for phones to get this new charging technology. In 2020, Oppo introduced 125W SuperVOOC charging, but recent phones like the Find X5 and OnePlus 10 Pro still only use 80W charging. However, OnePlus tells us 150W SuperVOOC charging will land first on a OnePlus smartphone "in the second quarter of 2022." Realme, another BBK brand, still gets to use its own name for its Oppo-derived charging technology, and it also claims to be launching a 150W phone at MWC.

OnePlus has also announced today that the "merger" between OxygenOS and ColorOS has been called off, and we can expect a global launch of the OnePlus 10 Pro by the end of March. As MWC 2022 continues, keep an eye on our coverage for more information.

Ostensibly a senior editor, in reality just some verbose dude who digs on tech, loves Android, and hates anticompetitive practices. His only regret is that he didn't buy a Nokia N9 in 2012. Email tips or corrections to ryne at androidpolice dot com.