But if you have one, how do you charge it? You have a couple of options to choose from when it comes to Xbox controller chargers! Read on for all the details.

How do you charge an Xbox controller?

What kind of charger does the Xbox Series X controller use? Let's get the important detail out of the way first - the gamepad that comes with new Xbox Series X, Xbox Series S and Xbox One consoles does not have a rechargeable battery. Rather, it will come with two standard AA batteries that will eventually run out of juice.

Your Xbox Series X/S controller does have a USB-C port, though, are those connections are becoming the norm for more and more gadgets and devices now, so you should have an extra couple of wires knocking about already. If you run out of battery, then, you can plug the controller directly into your console and use it in a wired way. But it won't charge up unless you buy an extra product!

Sign up to be the first to know about breaking stories and new series! 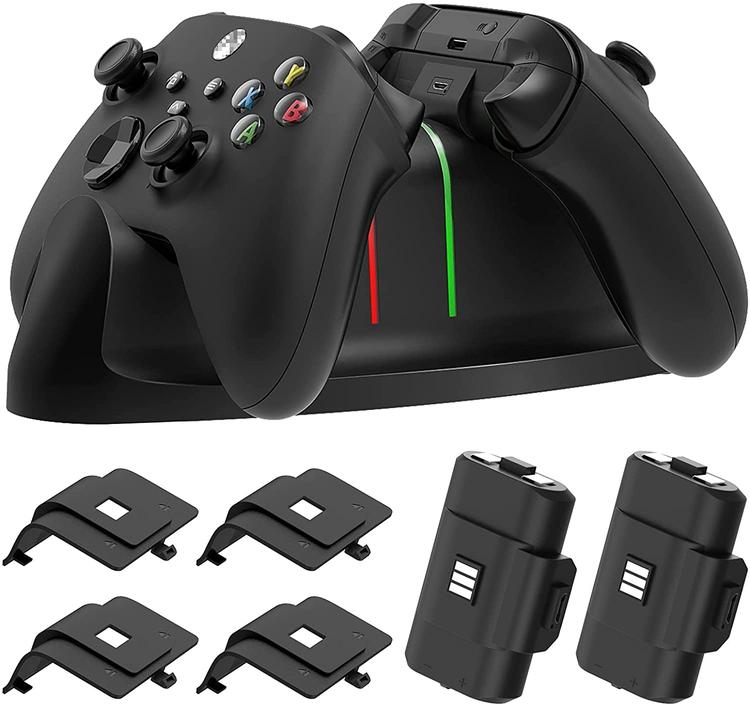 Which Xbox controller charger should you buy?

If you're wondering, can I charge my Xbox controller with a phone charger? The answer to that question if a yes with caveats. If your phone charges via a USB-C cable, you'll want to buy an Xbox battery pack (like the one linked below) that also uses USB-C. That's if you're dead-set on the idea of using the same charger for both devices.

Xbox has kept it simple by also allowing us to use good old fashioned batteries, and buying rechargeable ones is a very wise idea. We'd argue this option is better than buying a rechargeable battery pack, because actual AA batteries could come in handy for a great number of things besides your controller needs.

We'd recommend the Energizer Recharge Pro, linked below, which can house four AA batteries at a time and generally charges them up pretty quickly. Check out the product, which we've been happily using for months, at this link:

Just keep a spare set of batteries in the charger and swap them when the ones you are using run out. That way you will always have a charged pair ready to put in so you will never be caught off guard with a powerless controller.

Have you been wondering, does Xbox Series X have a charging station? The answer to that question is yes, too. There are loads of third-party charging stations listed online, like the one linked below that can juice up two controllers at a time.

There you have it, then - three solid options for Xbox controller charging. And if you're wondering, do Xbox One controllers work with the Series X? Yes, they do! So you can use your old controllers in much the same way.

This year's Radio Times Christmas double issue is on sale now, featuring two weeks of TV, film and radio listings, reviews, features and interviews with the stars. And if you're looking for something to watch, see our TV Guide.

Follow Radio Times Gaming on Twitter or visit our Gaming and Technology hubs for all the latest insights. Swing by our video game release schedule for all upcoming games on consoles.

How to take better screenshots on Mac