how to remove a screen protector iphone

If you’re thinking about buying an iPhone, you might be wondering whether Apple’s iPhones come with screen protectors? Here’s everything you need to know…

Apple’s iPhones are as popular as ever, and with the release of the iPhone 13, this trend looks to continue well into 2022, leading up to the launch of the iPhone 14.

The first iPhone launched in 2007 and ever since then Apple has included a few things in the box: you got a charging cable, a plug, and a pair of earbuds. Between 2007 and 2020, all iPhones shipped with headphones and a charger.

But with the iPhone 12 series, which launched in 2020, Apple decided to stop including headphones and a charger with its iPhones. And this rule now applies to all new iPhones, including the iPhone 13 series.

Do iPhones Come With Screen Protectors?

At no point in the iPhone’s history has Apple EVER included a screen protector for its phones. Apple does place a thin film over new iPhone displays, so when you unbox a new one it does have a protector on the display – but this is not a proper screen protector.

The screen film that is used on all new iPhones is not designed to be left on, it is not a proper screen protector. All it’s designed to do is ensure the display is completely untouched from the moment the phone leaves the factory. Once you unbox your new iPhone, Apple advises that you remove this film cover.

From the OG iPhone released in 2007 to the newest iPhone 13, Apple has never included proper screen protectors in the box. If you want a screen protector for your iPhone, you will have to pick one up from a third party like Otterbox or via Amazon. 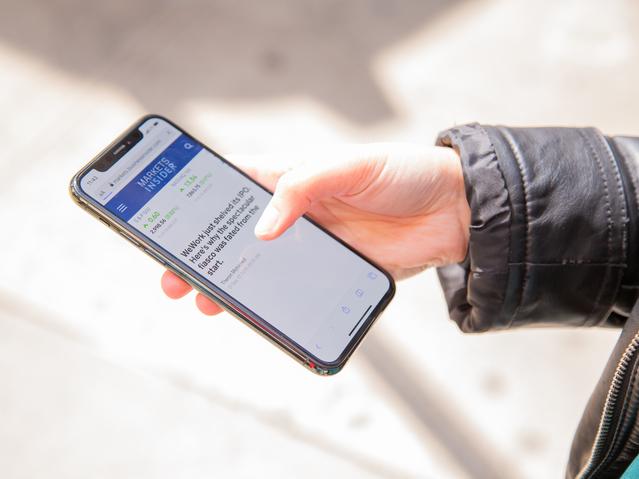 Do You Need A Screen Protector For Your iPhone?

Apple has used Corning’s Gorilla Glass on its iPhones for years now, and Gorilla Glass is a lot stronger than even most commonly used metals. It is designed to withstand scratches, scuffs, and bumps. This is why nearly all smartphone makers use it on their phones.

Why do people use screen protectors then? Honestly, I don’t really know: they look horrible, they’re prone to scratching and peeling, and they’re not really essential for most people.

There are exceptions, however, like if you want to keep your iPhone in truly immaculate condition. In this respect, a screen protector, if applied from the moment you unbox the phone, will ensure that the screen remains in the exact condition it left the factory in.

And if you want to eventually sell your iPhone, and get top dollar for it, using things like a proper protective case and a screen protector will ensure the iPhone’s entire chassis and screen remain in pristine condition.

Again, though, you will need to replace the screen protector every six months or so – they tend to get worn down.

Gorilla Glass is great for things like drops and stopping your iPhone from getting scuffed up by keys in your pocket but it can still be circumvented by excessive force and scratched by things like sand and gravel, so in this respect, a screen protector does make sense.

Is a screen protector essential? No, not at all. But if you do not want micro-scratches on your iPhone, or you spend a lot of time at the beach, then, yes, a screen protector for your iPhone starts to make sense. I have never used one on any of my iPhones, but then again I don’t live near a beach…

A screen protector will keep your iPhone’s display looking pristine, free from micro-scratches and scuffs, for the entire time you own the phone. This will mean the phone looks better when the time comes to sell it. If all of that sounds like something you’d be into, sure, get yourself a screen protector – they’re cheap as chips, anyway.

For most people, unless you’re in active duty with the military or supremely unlucky/clumsy, a screen protector is not required. Your iPhone’s Gorilla Glass and a good case will afford your iPhone all the protection it needs while you’re busy living your life.

United States – If you’re in the US and you want unlimited data, and you want to keep things simple, go with Mint Mobile. Mint offers a brilliant Unlimited Data Plan for just $30 per month. Mint has great coverage and includes 4G and 5G too.

United Kingdom – If you’re in the UK, the best option is Three’s Unlimited Plan. It is completely unlimited, meaning no throttling and no limits on things like hotspots and tethering. I’ve used this plan for nearly 10 years now and I couldn’t imagine using anything else. And you can get it right now for just £10 a month for the first six months.

Richard Goodwin has been working as a tech journalist for over 10 years. He is the editor and owner of KnowYourMobile.

No cell signal? Best ways to boost signal strength when your calls won’t go through