Apple's iPhone has been green before, but the richness of the Apple iPhone 13 Green and iPhone 13 Pro Alpine Green is something else.

This is the inkiest, deepest green Apple's produced to date.

Apple unveiled the two new finishes on March 8, during an hour-long product launch event that focused primarily on Apple Silicon and its use in an M1 Ultra and a new Mac Studio.

More color choice is always welcome, especially in Apple's flagship phone and the iPhone 13 Pro, which we called "one of 2021's best smartphones."

The iPhone 13 Pro, which features matte glass on the back and a stainless steel band around the body gets Alpine Green. The iPhone 13, which has a glossy glass back and brushed aluminum band, gets simply Green. 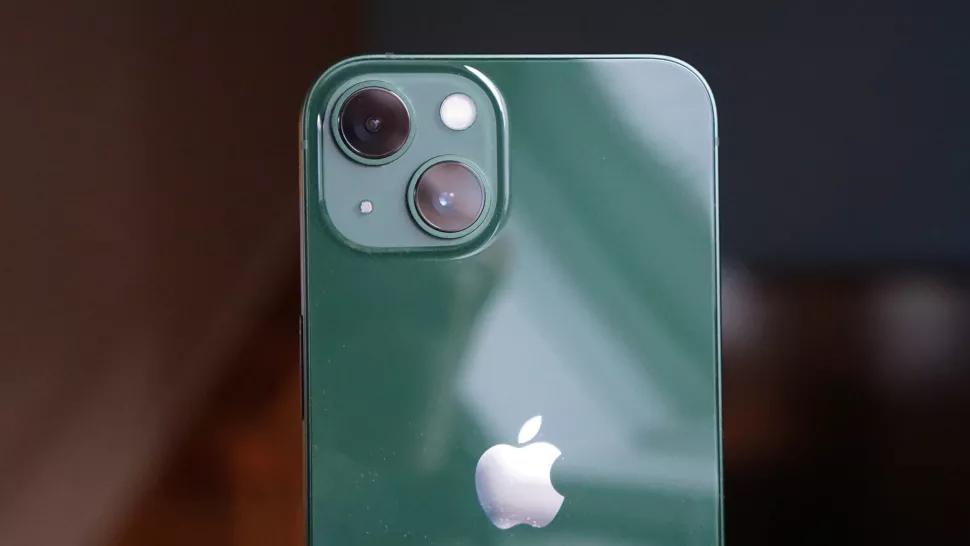 Sitting under the frosted ceramic shield glass, the iPhone 13 Pro's Alpine Green is deep enough to absorb the light, making it look even darker than it really is, so much so that the Apple logo nearly disappears. This contrasts with the ultra-shiny and cool-to-the-touch green-hued stainless steel band.

If you're staring at the Super Retina XDR display, the Alpine Green is almost undetectable, save for a hint of it around the thin metal edge that wraps around the ceramic glass screen cover.

If you're looking for something more dramatic, there's the iPhone 13 in Green. We know, this is a slightly less powerful iPhone 13 model (two cameras instead of three, no LiDAR), but that gloss, almost wet-paint like green back is stunning.

Where the green on the front of the iPhone 13 Pro is a nearly undetectable hint, we can clearly see the deep green line running around the edge of the phone screen.