how to remove glass screen protector

Here are the new Samsung Galaxy A33, Galaxy A53, and Galaxy A73 5G smartphones

Oftentimes associated with the word “awesome”, the Galaxy A series had a very good lineup of smartphones last year. For this year though, we have three new phones, three new colors (technically), and quite a lot of big changes for these mid-range smartphones.

We have a video summarizing everything – which I recommend you to watch.

The new Galaxy A series started with a few feature highlights. They’re now technically on par with the flagship S and Z series when it comes to the Galaxy Ecosystem support. We have:

Common traits between all 3 phones

All these phones share a few common traits. In terms of aesthetics, they all look pretty similar to before. However, the camera bump is now curved up from the phone’s body instead of just an abrupt bump.

They are also available in a total of 4 different colors, with the mint color being exclusive only for the Galaxy A73 5G.

All of these phones have microSD card slot of up to 1TB and are also IP67-rated. They all have RAM Plus feature – not really needed since 8GB RAM is more than enough, yet virtual RAM is slower than the real RAM. 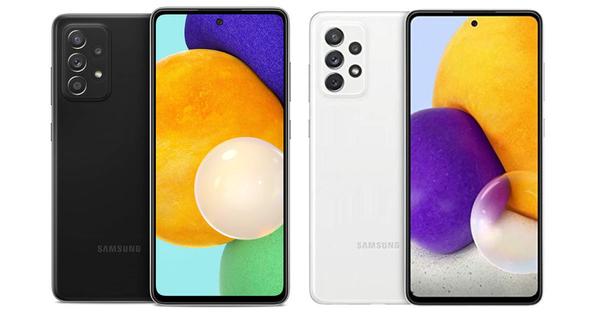 In terms of the battery, they all also come with a massive 5,000mAh battery and all of them support 25W Super Fast Charging – but there is no charger in the box! You’ll only get the phone and a USB C-C cable in the box.

There is also no headphone jack and no pre-installed screen protector but are using Gorilla Glass 5.

Let’s go in-depth with the specs on each of these phones.

I asked them about it – and I was told that the 108MP main camera on the Galaxy A73 5G can do 3x hybrid zoom and 10x digital zoom. In my mind… isn’t anything above 1.0x zoom considered digital zoom already? 🤔

Anyway, the biggest upgrade on the new Galaxy A series is the A33. It now comes with IP 67-rating, a chipset equal to the Galaxy A53, and also software support for more years.

The Galaxy A53 is still a reasonable iterative upgrade over the last generation.

One of the most glaring differences is the notch on each of these phones. The Galaxy A33 has a rather big U-shaped notch that “drips” from the top bezel of the phone, whereas the Galaxy A53 has a tiny circular cutout.

However, the Galaxy A73 5G has a much larger circular cutout when compared to the Galaxy A53. I can’t help but notice it when I saw these two phones side-by-side.

We got the prices just in time before this article is published. They are as follows:

Stay tuned for the review(s)!

What we talked about here is mostly just the hardware. We’ll have to wait and see how things actually perform. I’m most particularly interested in the Galaxy A73 5G and comparing its cameras with the Galaxy A72.

www.makeuseof.com Rode Vlogger Review: Is It Really Worth $150?