The original Galaxy Fold was a fragile beast, at least in regards to its foldable screen protector. It was built into the display itself and removing this protective layer would result in total failure of the foldable display. Samsung did learn from its mistakes when it re-released the original model and it further improved the formula with the Galaxy Z Fold 2.

The built-in screen protector of the Galaxy Z Fold 2 is tucked in behind the bezels, making it nearly impossible for users to remove. Then there’s an actual protective layer on top of the foldable display; one that could be removed by users, should they so desire. 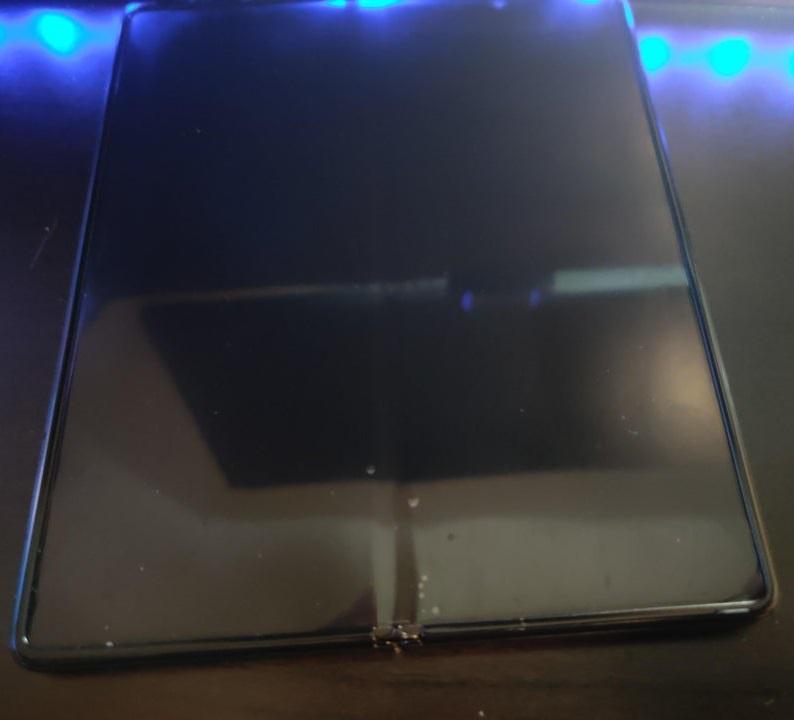 In practice, many Galaxy Z Fold 2 owners were glad to have an additional layer of protection and so they kept it, especially since the company was recommending visiting a Samsung shop for safe removal. However, many Galaxy Z Fold 2 users are now forced to remove the screen protector because of an unknown issue that leads to bubbling.

Numerous Galaxy Z Fold 2 owners have begun complaining on Reddit and other forums about the foldable screen’s protector bubbling up, particularly around the crease. There’s no official explanation as to why this is happening but because the bubbles are much more prominent around the crease, it’s logical to assume that the folding and unfolding motion itself can have this undesirable effect on the surface of the screen.

There needs to be a gap, even at a microscopic level, between the display and the protective film for air to be seeping through, and this gap might occur when folding/unfolding the phone or when using Flex Mode, which is one of the best Galaxy Z Fold 2 features.

All things considered, the good news is that the screen protector is technically removable without damaging the screen, as long as you’re careful enough, and there are 1st and 3rd party solutions that can replace the original film. In addition, even if it is an annoyance, the bubbling issue doesn’t reflect a core problem with the hardware itself. It’s more of a surface issue and you can still use the device even if it’s affected.

The bad news is that these bubbles seem inevitable after a few months of using the Galaxy Z Fold 2, so if you haven’t experienced them yet, you probably will at some point in the future. Are you a Galaxy Z Fold 2 owner? Have you noticed this problem with your device, and how often do you fold/unfold it? Let us know in the comment section.