screenrant.com Does The iPad Air 5 Have 5G? Here's What You Need To Know

Apple's iPad Air 5 has a super-fast M1 chip but can it connect to C-Band, Sub-6, and mmWave – the 5G frequencies with the fastest download speeds?

The iPad Air 5 is among the world's most powerful tablets, but does it come with 5G connectivity, and if so, what speeds can users expect? Cellular support can be difficult to understand and 5G networks are particularly complicated since there are different varieties operating on a range of frequency bands. The fastest bands support gigabit download speeds, while the slower ones are only a bit faster than 4G LTE connections, so it's important to know what to expect when purchasing Apple's fifth-generation iPad Air.

Announced in March 2022, the iPad Air 5 is a slim, inexpensive yet incredibly fast tablet. In fact, it's powered by the same M1 processor as Apple's 24-inch iMac and the 13-inch MacBook Pro. The 10.9-inch display provides ample space for browsing and it's great for playing games on Apple Arcade too. At just over a pound in weight, it slips easily into a bag or backpack, making this a convenient portable device that's powerful enough to replace a laptop. Adding a keyboard cover with a trackpad makes the iPad Air 5 ready to use for work or assignments. It even supports the 2nd gen Apple Pencil for drawing or taking notes.

Related: Does The iPad Air 5 Have A 120Hz Display? What You Need To Know 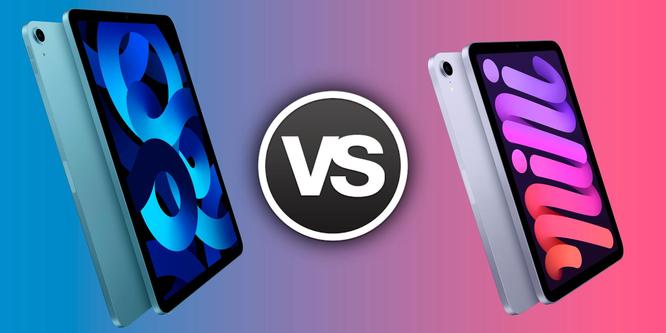 The good news is that the iPad Air 5 comes with both Wi-Fi and 5G. The latter is a great upgrade, bringing fast, reliable internet accessible almost anywhere. 5G connectivity is still a headlining feature that immediately brings to mind super-fast internet but that isn't always the case. There are different types of 5G and, unfortunately, the fifth-generation iPad Air doesn't support the fastest mmWave bands. On the plus side, both Sub-6 and C-Band frequencies are supported by the iPad Air 5. Those are the most widespread varieties of 5G so it means coverage is good nationwide. Sub-6 has speeds on par with the best LTE connections, while C-Band is much faster, offering up to 1Gbps downloads. C-Band was only activated by carriers in 2022, so Apple chose the perfect time for the introduction of the iPad Air 5.

Thanks to 5G support and powerful internals, Apple's fifth-generation iPad Air offers an excellent balance between features and cost. Starting at $599, it's $200 less than the iPad Pro 11-inch, while matching the performance of the more expensive tablet since both feature the M1 chip. City dwellers who have access to mmWave 5G will get extra value from the iPad Pro, but most others won't notice a difference in download speeds.

Compared to the iPad mini 6, the iPad Air 5 brings users a faster chipset and a much larger screen for only $100 more. The cheapest iPad 9 costs $280 less but uses a much slower A13 chip, which is a three-year old processor and only supports Sub-6 internet. That makes the iPad Air 5 the best value-for-money tablet in Apple's current iPad lineup.

Hohem’s new iSteady Q is a versatile 4-1 selfie stick with a built-in tripod, gimbal, and more