Director Jason Reitman calls Ghostbusters: Afterlife a “love letter” to the 1984 film helmed by his father, Ivan Reitman. “There is a lot of emotion and sensitivity in that,” relates Sheena Duggal, who shared VFX supervisor duties with Alessandro Ongaro.

“In honoring the simplicity of the original film, we wanted the silhouette of Muncher, Terror Dogs and the Mini-Pufts to be so clean that you know them by the silhouette.”

The Mini-Pufts, of course, reference the original Stay Puft Marshmallow Man, but here they were made more childlike. “We made adjustments to the legs,” says Duggal, “so they became double-tiered, and added creases to the arms like you might find in a baby.”

To put them on the screen, a 3D-printed reference was used on set during the shoot to help guide VFX with framing and lighting. “Although the design was pretty much done in preproduction, we soon realized we had to make some changes once we started animating them,” Ongaro says. “Mostly because their proportions were based on the ’84 big brother, which of course was a man in a suit. We also adjusted their facial features slightly to give them that extra cuteness we were after.”

Reitman envisioned a sort of “mischievous toddler that explores the world around him for the first time,” Ongaro adds. “It took us a few iterations before we found the right balance of cute but mean. We also had so much fun coming up with the little vignettes that happened in the background.”

SHANG-CHI AND THE LEGEND OF THE TEN RINGS

This fantastical environment from director Destin Daniel Cretton’s Shang-Chi and the Legend of the Ten Rings — the first Marvel film with an Asian lead, played by Simu Liu — began with an exterior set piece. “The pandemic travel restrictions meant that, rather than going to exotic locations as initially planned, throughout the film more CG environments were used,” says VFX supervisor Christopher Townsend. “Wanting to keep things as grounded as possible in the real world, however, an art department set piece was built, with a special effects water bar, giving the necessary natural splashes as the practical car drives through.” VFX created set extensions and enhanced the environment, including adding Southeast Asian-inspired jungle foliage and trees. “Keeping things photoreal was paramount, not only in the look of the environment, but also the natural way the lush greenery was placed and grown, based on sunlight, water flow and procedurally created erosion patterns,” Townsend says. “Using complex, physically based computer simulations, a beautiful waterfall cascades down, tumbling over the cliff and onto ancient, intricately carved and aged moss-covered stone foo dogs.” The hint of a rainbow completes the shot. VFX work was shared by companies including Weta Digital, Trixter, Rodeo FX, Rising Sun Pictures and Scanline VFX. 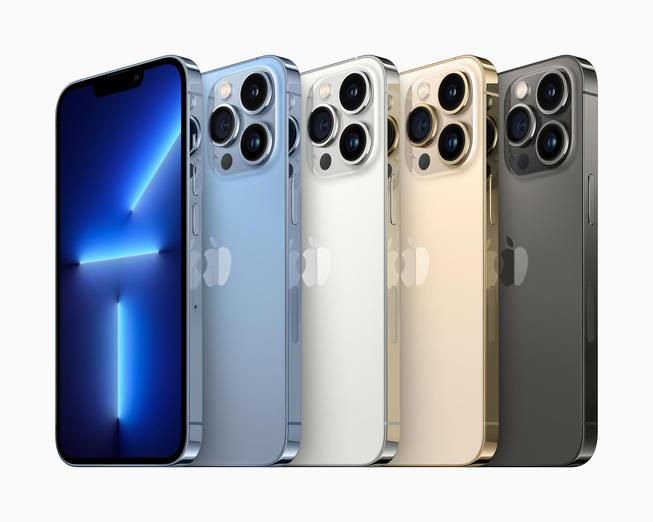 This shot from Marvel’s Black Widow features Scarlett Johansson’s Natasha on a walkway crossing over a Siberian gulag, with an avalanche occurring behind her. The actress was lensed standing on a walkway built on London’s Pinewood Studios backlot. Designed by production designer Charlie Wood, the gulag was placed virtually into a real-world location in Svalbard, Norway. “A VFX unit flew to Svalbard to shoot aerial plates as well as stills, which became the building blocks for our CG world and extensions,” VFX supervisor Geoff Baumann explains, noting that Weta Digital was responsible for this sequence. “The plate-based mountain range in the background had to be completely replaced [digitally] in order to match the lighting of the foreground photography and to allow for the simulation of an avalanche.” He adds that this was shot on spherical lenses because it was planned as an Imax sequence, “but the intent for the film was to have an anamorphic feel to it. These anamorphic lens attributes were profiled by Weta Digital and then added to the spherical plates in comp. In this example, the most noticeable is the lens distortion seen in the walkway and railing as well as chromatic aberrations that are visible along the brighter edges of the mountain.”

NO TIME TO DIE

In No Time to Die, James Bond (Daniel Craig) and Felix (Jeffrey Wright) are trapped inside a sinking troller that has exploded — a practical explosion set on real boat in Jamaica by special effects supervisor Chris Corbould. Shots of the pair trying to escape the interior were filmed on a 50-foot-long submersible gimbal built on the underwater stage at Pinewood Studios near London. VFX supervisor Charlie Noble explains that it was rigged with compressed air effects and could rotate 360 degrees. This exterior shot of the sinking vessel is a fully CG shot created at lead VFX studio DNEG (Framestore, Industrial Light & Magic and Cinesite also share VFX credits). “With a shot like this, you’ve got many complicated fluid simulations to undertake that all had to interact with one another,” says Noble. “You’ve got fire on the surface, the bubbles, the foam and sea spray and pockets of air getting released by the troller as it’s going down. … All natural phenomena like this has to look photoreal and behave as it would in the real world.” Noble adds that the team scanned the real vessel in Jamaica so that DNEG could reconstruct it in CG, while they also shot reference footage that involved setting and filming fire on the water.

Inspired by the Disneyland theme park ride, Jungle Cruise is a VFX-laden action adventure that follows skipper Frank Wolff (Dwayne Johnson) and researcher Lily Houghton (Emily Blunt) on a trip down the Amazon River. Pictured is the cursed Conquistador Melchor (played by Quim Gutiérrez), whose design required the CG route. Production VFX supervisor Jim Berney explains that the process involved Industrial Light & Magic’s Flux, a markerless facial motion capture system that could be used on set. They also took advantage of a rendering technique that he says resulted in “an extremely high-fidelity, fine-detail capture under cinematic lighting conditions,” while this character also required having mud, as well as frogs and other jungle creatures, continuously flow off of him. Says Berney, “Melchor’s challenges were just as much aesthetic as they were technical, as the look and consistency of the mud was very subjective, and getting the look and flow right took many interactions before settling on the final version.” ILM, Weta, Rodeo FX, DNEG and Rising Sun Pictures were among the VFX studios that contributed to the production.

This image features an ornithopter en route to Arrakeen on Arrakis in Denis Villeneuve’s adaptation of Frank Herbert’s sci-fi epic. “The goal from the very beginning was to try to keep things as grounded as possible,” VFX supervisor Paul Lambert explains, noting that in this case, they started by filming real helicopters on location in Jordan, which gave them position and lighting information when they later replaced the helicopters with CG ornithopters. “You get good reference for how the sun hits that particular object.” Production designer Patrice Vermette provided a 3D model of the ornithopter, which lead VFX house DNEG completed. Likening the design to a “dragon fly in the desert,” Lambert notes, “the animators had to do a lot of iterations trying to get the CG wings to look correct because the wings are vibrating so quickly.”

He adds, “whenever you’re creating these CG vehicles, trying to get the texture is very important because that’s what gives it scale. If you don’t have enough of that, it always feels too small. It almost feels like a miniature.” Real dust and sand from the original photography, as well as CG elements, were added to shots featuring the ornithopters as appropriate.

This story first appeared in a December stand-alone issue of The Hollywood Reporter magazine. To receive the magazine, click here to subscribe.