The Galaxy S22 Ultra will need a Galaxy Note-shaped screen protector, according to a new leak

The famous leaker Ice Universe has posted pictures of screen protectors, allegedly made to fit each variant of the upcoming generation of Samsung's Galaxy S-series flagship smartphones. According to the latest leaks, the smallest of the 3 accessories should go to the vanilla S22, the second-largest should correspond to the S22+, with the largest naturally reserved for the top-end S22 Ultra.

Some of these putative devices are touted to vary significantly in terms of screen size from their respective predecessors, with the Galaxy S22 shrinking compared to the S21 to as little as 6.02 inches in diagonal length, The S21+ successor is expected to be 6.55 inches, while the S22 Ultra may remain at around 6.8 inches. 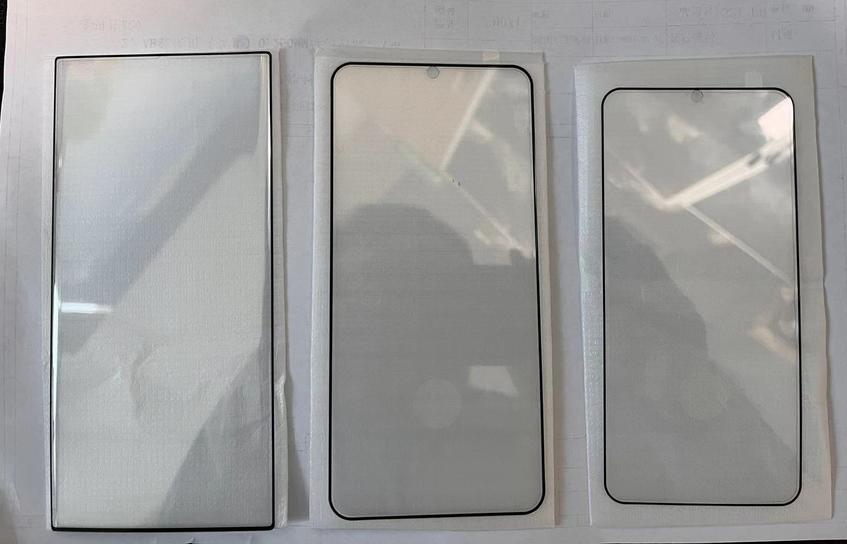 This latest leak can't be taken as a confirmation of these specs, although their proportions might indeed hint at these general display-size tiers within the upcoming series. However, the new photos might corroborate other leaks pointing to a change of a different kind in the "S22 Ultra".

This potential ultra-premium phablet is rumored to drop the rounded corners of the entire S21 line (and, according to the new in-the-wild leak, that of its S22 siblings) for starker, Galaxy Note-esque edges instead. Its alleged screen protector definitely conforms to this rumor, exhibiting an almost rectangular form-factor that seems only barely usable in one hand.

This, then, might also support the leaks that point to full S Pen support in the S22 flagship. Finally, the "S22 screen protectors" hint the phablet remains stuck with curved edges, whereas the S22 and 22+ get flat panels instead.