Ceramic Shield was introduced by Apple in order to make its smartphone screens more resistant to damage. Here’s how it works, and which iPhones use it.

Is there a worse feeling than that sickening sensation you experience between dropping a phone on its screen and the nervous few seconds wait until you know for sure whether it’s been irreparably broken or not? Fortunately, phone manufacturers have really upped their games in recent years to guard against damage to the screens of these expensive devices, and so it’s a much rarer sight to see phones with smashed screens than it was even five years ago.

While Gorilla Glass has been the go-to screen saviour for many of the best Android phones, Apple has used Ceramic Shield technology (made by the same company, Corning) ever since the iPhone 12 in order to toughen up its displays.

What is Ceramic Shield?

As implied by the name, there is genuine ceramic inside these displays, or as Glass International puts it, “nanoceramic crystals embedded within a glass matrix.” While this kind of material has generally had problems with transparency, both the type of crystals and degree of crystallinity have been optimised for transparency in the iPhone screen. 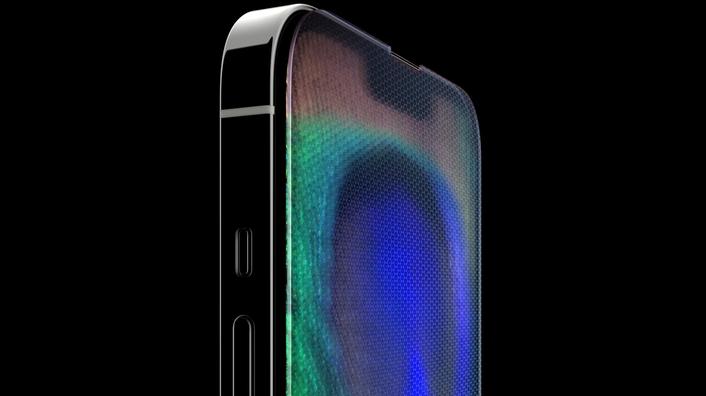 Ceramic is typically opaque, but atoms within Corning’s glass-ceramic structure are transformed from the random structure of glass towards the regular crystal structure of ceramic by way of an “intense application of carefully controlled heat and the addition of a nucleating agent — silver or titanium, for example — that forms ‘seeds’ around which crystals can grow.” The resulting structure retains the transparency of glass, but the material is greatly strengthened in the process.

The screen then undergoes an “ion-exchange” process, as does Gorilla Glass. Corning explains that this is done by placing a pristine sheet of glass into a bath of molten salt solution, so that “potassium ions in the solution migrate into the glass surface, replacing the smaller sodium ions within the structure of the glass. These larger potassium ions create a compressive stress layer that forms a tough surface.” This ion-exchange puts the glass into a “compressive state”, meaning that it can resist the tension that would otherwise cause cracks to form on the surface of a typical glass panel due to the small flaws on its surface.

In 2020, Apple claimed that the introduction of Ceramic Shield had given iPhones four times greater drop protection compared to the previous generation (the iPhone 11 series.)

Which iPhones have Ceramic Shield?

Apple introduced Ceramic Shield in 2020, and the following iPhone models use it:

Additionally, it has been rumoured that the upcoming iPhone SE 3 will also employ this ingenious display tech. This will be confirmed or refuted at the manufacturer’s event on March 8.

Trusted Take – Does it work?

While I can’t say I have done scientific drop tests, I have been using iPhones on a very consistent basis since Ceramic Shield was introduced and the displays have stayed commendably clear of hefty dings and the like.

It doesn’t stop those tiny scratches that litter any display kept in a pocket, but even after a few hefty drops the display has stayed crack-free. Considering how many broken screens I have seen on older iPhone models, the addition certainly seems to help.