Independent testing has found hundreds of popular personal care items in the US to be contaminated with benzene, a highly carcinogenic chemical, prompting several big brands to voluntarily recall dozens of products in recent months.

The lab, Valisure, last year detected benzene in hand sanitizers, sunscreens, deodorant, dry shampoos, conditioners, antiperspirants, deodorants, body sprays and anti-fungal treatments. The contamination has been most frequently detected in aerosol or spray products, some at levels the Food and Drug Administration characterized as “life-threatening”.

The findings suggest that benzene contamination is widespread and is probably in more products that have not yet been tested, said David Light, Valisure’s chief executive.

“Benzene really shouldn’t be there at all,” he said. “What we’re seeing is a fundamental problem in the manufacturing of a lot of consumer products.” To date, Valisure has tested 662 items and found the chemical in 180, or about 27%, of products.

Light pointed to “decades of research” that has found no safe levels of benzene exposure because it’s so toxic at very low levels. The petroleum-based chemical “causes cancer”, especially leukemia and in blood forming organs, the US Department of Health and Human Services wrote. The toxin has also been shown to harm the central nervous system and reproductive organs.

The US banned benzene’s use as an ingredient nearly 45 years ago, and it is “somewhat unique in that it’s pretty well established to be incredibly toxic – that’s been known for decades to over a century,” said David Andrews, senior scientist at the public health advocate Environmental Working Group.

Advocates took aim at the Food and Drug Administration for failing to do more to protect the public. In a December statement, the agency said it was investigating the situation, doing its own testing and urged companies to recall contaminated products.

Though the agency lacks the authority to order recalls and may be limited in its pre-market authority to require testing, advocates are calling on the FDA to clarify an existing benzene limit, set new exposure limits, and conduct more testing of products on store shelves to ensure they are safe, instead of leaving that up to independent labs. The FDA’s system “really lacks independent review” because it relies on companies to self report, Light said. 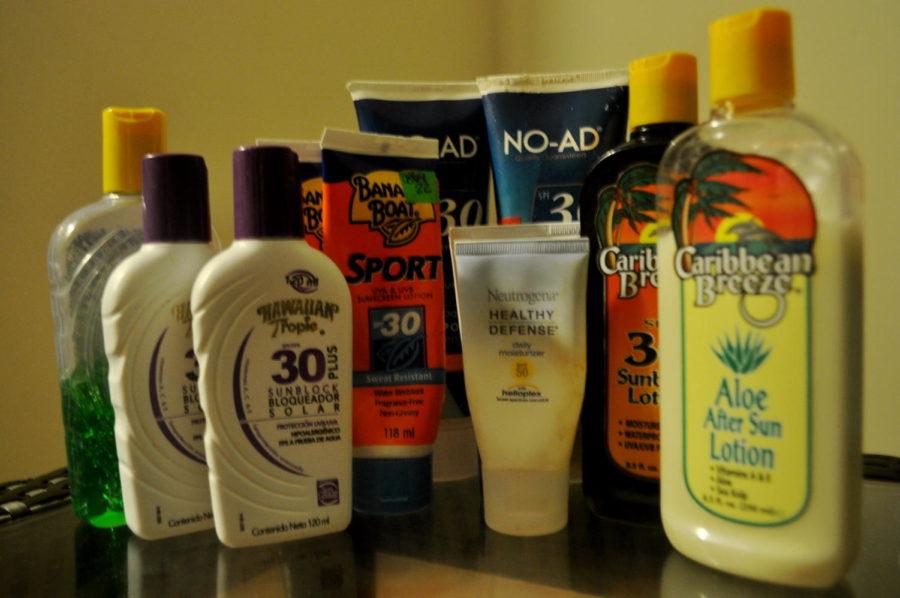 Federal rules allow benzene to be used in the manufacture of personal care products, and that can cause it to end up in goods, even if it’s not listed as an ingredient. Benzene can also be added in emergency situations, like the pandemic, or if it provides “significant therapeutic” advantages. In such scenarios, the FDA’s limit is two parts per million, but some products that provided no therapeutic advantage were found with levels as high as 21 ppm.

In a statement, the FDA wrote it “continues to monitor the issue” and work with companies to recall contaminated products. Though the agency doesn’t have exposure limits, it informs companies that “solvents such as benzene should not be employed in the manufacture of drug substances, excipients, or drug products because of their unacceptable toxicity.”

Some companies have capitalized on the confusing regulations and gaps to downplay the problem. Johnson & Johnson, which recalled sunscreens in July, said “daily exposure to benzene in these aerosol sunscreen products at the levels detected in our testing would not be expected to cause adverse health consequences.”

The company’s statement was posted by the FDA on its website even though agency scientists found in a July analysis obtained by Consumer Reports that benzene-contaminated sunscreen did pose a “life-threatening risk”.

“Is the FDA serving these companies or the public?” Andrews asked.

How benzene is landing in products remains a bit of a mystery in some instances. Companies claim they aren’t adding it to their formulas, and the FDA theorized that it’s probably in contaminated thickening agents, preservatives, spray propellant or ethanol.

In many cases, Valisure found one batch of a product would contain benzene while another of the same product would not. That highlights the complexities and lack of oversight in the global supply chains that produce personal care products. A propellant like butane that’s refined very early in the manufacturing process “touches dozens of different hands” in its journey from raw material to sunscreen on a shelf, yet nobody detected benzene, Light said.

Valisure most frequently found benzene in body sprays, which includes deodorants and anti-perspirants: nearly half of the 108 products from 30 different brands contained it. The highest levels were found in Sure, Old Spice, Secret, Equate, Right Guard, Tag and Brut.

Valisure tested nearly 300 sunscreens or after-sun products and found detectable levels in 77, or about 27%, of samples. Among those with the highest levels were Neutrogena, CVS, Sun Bum, Raw Elements and Banana Boat. Though spray-on sunscreen was found to be contaminated most frequently, the chemical was also detected in lotions and gels.

Valisure’s hand sanitizer analysis found the highest levels of benzene in small brands that popped up as demand for the product spiked. Out of 260 samples from 168 brands sold on Amazon, at pharmacies and at box stores such as Target, 44, or about 17%, had detectable levels of benzene. Products from household names like Purell and Suave didn’t contain the chemical.

In its December statement, TPC Hot Acquisition, which owns Brut and Sure, wrote: “To date, no reports of adverse events related to this recall have been reported. This voluntary recall is being conducted out of an abundance of caution.”

However, it’s nearly impossible to legally prove that one specific chemical has caused an illness, and Andrews noted benzene has a latency period of 10 to 15 years. “The time lag between exposure and cancer can be a long period of time,” he said.

Google unveils its newest smartphones, the first powered by the company's own chip