Environmental justice groups scored a victory against the government on Friday as a high court ruled the poor air quality in the Highveld Priority Area violated a constitutional right.

The Highveld Priority Area includes parts of Gauteng and Mpumalanga. It is home to 12 of Eskom's coal-fired power stations, Sasol's coal-to-liquid fuels refinery and other coal mining operations.

Judge Colleen Collis handed down the ruling on Friday.

"It is declared that the poor air quality in the Highveld Priority Area is in breach of residents' section 24(a) constitutional right to an environment that is not harmful to their health and wellbeing," the judgment read.

The case was heard at the North Gauteng High Court in Pretoria in May 2021.

But the campaign has been coming along for 12 years, according to Melissa Fourie, executive director of the Centre for Environmental Rights - the law clinic which represented the communities. 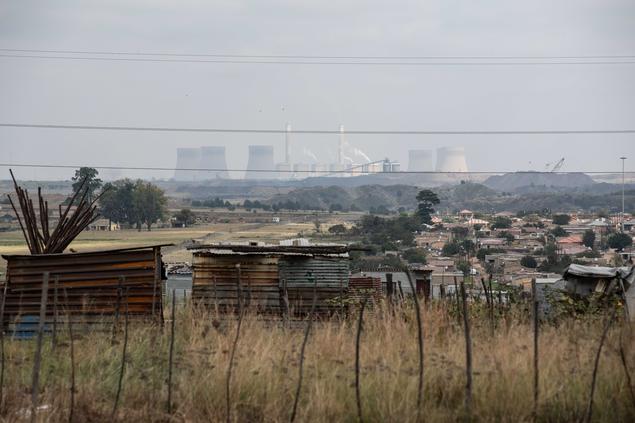 "We are profoundly relieved and grateful that the high court has recognised the constitutional violation and egregious human rights violation the people living in and around the Mpumalanga Highveld deal with every day," said Fourie.

Fourie said there have been decades of ongoing suffering. "People's health is affected, people are losing their lives early, their development prospects are inhibited by the ongoing air pollution. For us, it is of huge importance to be recognised by the courts, and this will have huge consequences for the management of air quality," said Fourie.

The judgment further stated that the minister has a legal duty to prescribe regulations to implement and enforce the Highveld Priority Area Air Quality Management Plan. Fourie explained the plan is essentially is aimed at cleaning up the air on the Highveld to meet ambient air quality standards.

But the court found there was unreasonable delay by the minister in preparing and initiating the regulations to give effect to the Highveld Plan.

#DeadlyAirCase Victory for VEM and @groundWorkSA as Judge Colleen Collis declares the poor air quality in the High Priority Area, a human rights violation.Thank you, and well done to all who supported this landmark litigation.Read full judgement here: https://t.co/VLhnMVt8VQ pic.twitter.com/C6rb0FNuDu

The court directed the minister within 12 months to prepare and prescribe the regulations for implementing the Highveld Plan.

There are several issues the minister must consider.

The regulations have to come with penalties for non-compliance to the Highveld Plan, the judgment read. There also needs to be "enhanced monitoring" of atmospheric emissions in the area. There should also be improved reporting of emissions from industry in the area.

The judgment also addresses the need for the appointment and training of an "adequate number" of "appropriately-qualified" officials to implement and enforce the Highveld Plan and the Air Quality Act. Furthermore, the court requires adequate financial support and adequate human resource capacity for implementation.

All relevant national departments, municipalities, provincial departments and MECs must cooperate in implementing the plan.

The plan also has to be regularly reviewed.

A spokesperson for the Department of Forestry, Fisheries and the Environment said that the judgment is noted. The department is studying it.