how to train your dragon phone case

The How to Train Your Dragon writer told the BBC she wanted "something hopeful" to come out of the "darkness" of the pandemic.

"If you want to level up, libraries have to be a key part of that."

She wants funding to be guaranteed for primary school libraries in the way that it is for physical education.

The PE premium was introduced in 2013.

"It's just as important as sport - it's about children's life chances," she said.

"Children reading for joy is one of the two key factors in children's future economic success... they will also be healthier and happier."

The letter has also been signed by former Children's Laureates including Michael Rosen, Quentin Blake and Jacqueline Wilson.

Cowell noted how one in eight primary schools don't have a library. 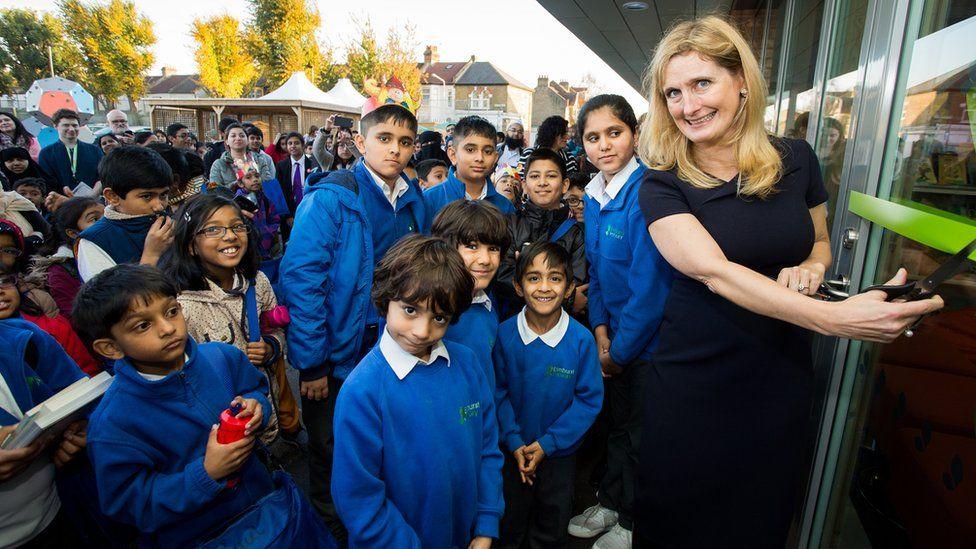 That statistic doubles in schools with a higher proportion of children on free school meals.

She also noted that in prisons, libraries are statutory - but not in schools.

"Parents don't always realise, it's about awareness. I want all children to have the same chances."

Cowell said that pre-pandemic, literacy was "already a huge problem" with disadvantaged children being 11 months behind at school.

"Post-pandemic, that figure is set to get worse," she added.

In a statement, Cowell wrote: "How can a child become a reader for pleasure if their parents or carers cannot afford books, and their primary school has no library, or that library is woefully insufficient?"

Earlier this month, Boris Johnson spoke about his concern for thousands of children in the UK who have fallen behind because of lost learning during the pandemic.

Over the course of a year, six primary schools across England - all of which have at least 25% of pupils eligible for free school meals - will be helped to develop a reading for pleasure culture, with the support of Cowell and the charity BookTrust.

Each school will have a bespoke library space built, with building work set to begin in April ahead of officially opening in June 2021.

Professional training will be offered to school staff, and books and other resources will be given including furniture and wall art.

The project will monitor the impact on pupils' engagement, attitudes and reading behaviour across 12 months - collecting qualitative stories and case studies.

Cowell said these libraries would be "like a gold standard... the library that I would really love every school in the country to have".

The schools involved in the project are as follows:

More on this story