Fashion is no longer du jour – of the day – it's of the second.

Online platforms are using real-time data and analytics to micro-target what we buy and what we wear.

And the giant multi-national company currently setting the pace is one you may not know.

Shein is a multi-billion-dollar Chinese clothing company focused solely on export. It has an unconventional structure and approach: part Amazon-like delivery service, part TaskRabbit-style labour exchange, layered over with the functionality and sensibility of a social media gaming platform.

To its many fans, it's a form of hyper-personalisation, matching people to their clothing preferences and then finding manufacturers to produce them.

But its critics say Shein is turbo-charging the already super-fast clothing sector and drastically reducing the time between purchase and landfill.

Shein now accounts for around 28 per cent of all fast fashion sales in the United States, with a market share larger than established brands Zara and H&M combined.

But Shein is different from its competitors because, while it creates and sells new clothing styles, it doesn't employ designers and eschews seasonal lines.

"It functions almost like a marketplace, more like Amazon than a brick-and-mortar brand," says investigative journalist Meaghan Tobin, who, along with colleague Louise Matsakis, spent six months investigating the company and its ethos for Rest of World, a non-profit tech-journalism outlet based in New York.

The Shein method is to scour the net for emerging fashion trends and then use its vast supplier network to manufacture small numbers of garments at short order. This allows the app to offer literally thousands of new clothing options every day.

But that's only part of the story.

Because of its direct link to a chain of suppliers, Shein is also capable of making rapid manufacturing decisions at scale.

"If something starts to sell really well, they ramp up production on that particular item really quickly," says Tobin.

"That enables the company to be responsive to trends on social media, on TikTok, on Instagram, far faster than traditional fast fashion (brands)."

Brands that are still largely driven by designer vision and runway trends.

Matsakis says real-time data crunching is the key to understanding Shein's rise. She says each of the thousands of new products they offer online each day is treated as a "mini experiment".

"Often when people think about fashion, they think about taste, style and that je ne sais quoi," she says.

The company has so far shown no interest in being "high-end", focusing instead on garments that are technically unsophisticated.

Can the world afford it?

Another factor in Shein's rapid rise is the way it reflects the increasingly gamified nature of social media,Matsakis says.

"They have this point system where you can earn Shein credit for leaving reviews and interacting with different aspects of their platform," she says.

While that form of e-commerce is well developed in China, she points out, it's still novel and enticing for Western consumers. 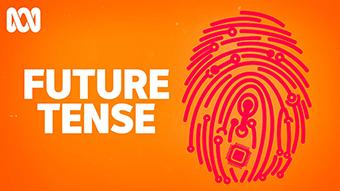 "You don't want to linger on the Amazon app. The idea is to fill your cart, get what you need and move on with your life. Whereas companies like Shein and Alibaba have tried to make shopping fun, something that involves getting your friends to participate with you," she says.

Tobin says the Shein model is now being emulated by other firms, notably Cider, an app with significant US venture capital backing which markets itself as a "social first fashion brand".

Then there's allyLikes launched by the Chinese tech giant Alibaba.

But while data-driven fashion brands continue to find new admirers, questions are being asked about the toll that hyper-personalised fashion is likely to have on the environment and on working conditions.

Concerns even the companies themselves are responsive to.

"That's not to say that the labour practices are egregious in every single situation," she adds, "but when you are uniting literally thousands of factories behind your supply chain, it's very difficult to do due diligence across all of them."

She estimates more than a hundred billion items of clothing are being manufactured globally every year with around 6,000 kilograms of textiles discarded every 10 minutes in Australia alone.

"It's huge, it's really huge. The number of garments purchased per capita … around the world, between 2000 and 2014, has increased by 60 per cent. And … we need to stop and [think] maybe that's not what we should be doing."

One radical alternative to the excesses of fast fashion could be to rethink what we mean by fashion itself, prioritising design and effect over textiles and substance.

Like Shein, Myami Studio is focused on the inexhaustible fashion demands of teenagers and young adults, in particular the desires of Instagram fanatics and would-be influencers.

But the much smaller Sydney-based start-up produces clothing you don't so much wear, as are seen to wear.

"We as a company trade globally in pixels rather than textiles through our metaverse marketplace and through our digital fashion pieces," says co-founder Brad Morris.

"The notion of digital fashion really is to have pieces that you can wear in different environments, so whether that be something as simple as a Zoom call or a Google Hangout through to social media where you are changing your lenses. [Or] even extending into gaming environments, for example, where we all know gaming skins where you are running around Call of Duty or Fortnite."

Morris concedes the current market for virtual fashion is still in its infancy, but he says big name players are now transforming the field.

"We saw the likes of Gucci launching the Virtual 25, which was a sneaker drop that was only available as a digital fashion piece. We've seen Burberry, Louis Vuitton, even most recently Adidas enter digital fashion through collaborations.

"There is this wave of adoption from fashion houses, as well as there being native Web 3 brands that are also beginning to launch."

The future Morris envisions is one in which people digitally alter the look of their clothing online, just as they alter the backdrop they use during a Zoom call.

And that, he says, will ultimately be good for the environment, even though some may question that logic given the significant impact computers servers have on energy demand.

"You reduce the carbon footprint that is generated during the design and sampling innovation process, the early phase of the fashion process," says Morris.

"And you also start to reduce the production costs in time-to-market as well, so there are benefits in that regard."

Unless the laws around public nudity change, fashion enthusiasts are still going to need something physically substantive for streetwear.

Morris says that's actually a plus.

"We certainly see a connection with both physical and digital fashion, so you'll be able to own a digital counterpart or a digital twin to physical fashion.

"But if you own the digital piece, you will … be able to create the physical piece as well.

"So, those two things are inextricably linked. They won't be an either/or, it will be based on environment and use case or application."

So, in industry terms, a bit of mix and match, perhaps.

Get more stories that go beyond the news cycle with our weekly newsletter.

Your information is being handled in accordance with the ABC Privacy Collection Statement.
PREV

Watch out for these false videos after the Tonga volcano eruption