The Mumbai police recorded senior IPS officer Rashmi Shukla's statement on Wednesday for more than two hours in the case of alleged tapping of phones of Maharashtra Ministers.

She is posted as Additional Director General of the Central Reserve Police Force (CRPF) in Hyderabad and appeared before the Colaba police station at 11 a.m. 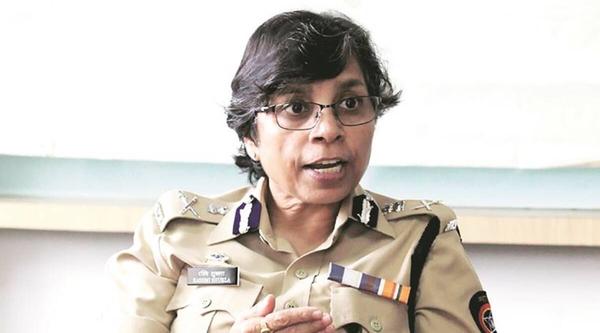 The FIR books her under sections 165 (public servant obtaining any valuable thing, without consideration, from a person concerned in any proceeding or business transacted by such public servant) of the Indian Penal Code and provisions of the Telegraph Act.

Leader of Opposition in Maharashtra Devendra Fadnavis recorded his statement before the police station on March 13.

On March 11, the Bombay High Court granted her interim protection from arrest till April 1. It, however, asked her to appear before the police station on March 16 and 23 between 11 a.m. and 1 p.m.

On February 26, another FIR was registered at the Bund Garden police station in Pune in connection with alleged phone tapping of State Congress president Nana Patole during the previous government. Last year, Mr. Patole alleged that his phone was tapped during 2016-2017 on the pretext that it belonged to someone accused in a case of narcotics smuggling. He had said, “I was a Member of Parliament in 2016-17 and there was no reason to tap my phone. This is an attempt to destroy political careers."

Soon, Home Minister Dilip Walse Patil announced a three-member committee headed by the then Director General of Police Sanjay Pandey to conduct an inquiry with members of the State Intelligence Department. The panel submitted a report to the government, based on which an FIR was registered against Ms. Shukla.

The former Commissioner of Police, Pune, is also alleged to have leaked confidential data and information about transfers of high-ranking officers.