Juwan Howard gave Greg Gard two warnings in the handshake line that led to the brawl that followed the Michigan-Wisconsin basketball game on Sunday.

Howard, the Michigan coach who is awaiting a possible suspension after taking a swing at an opposing coach during the tussle, got things going as he approached Gard.

“I’ll remember that s–t,” Howard appeared to tell the Wisconsin coach, according to a close-up video from WKOW.

Gard then put his hand on Howard’s arm to stop him and try to explain his case for why he took a timeout with 15 seconds left and his team up 15 points — which is evidently what Howard vowed to remember. 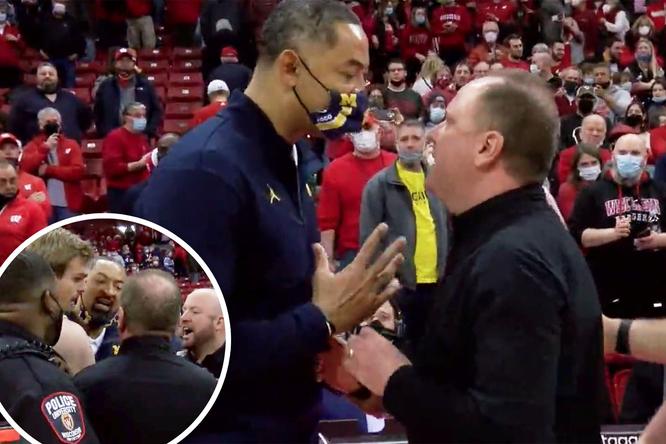 “Don’t f–king touch me,” Howard repeatedly said to Gard before the altercation began to boil over.

More coaches tried to get in between the two and eventually, Howard took a swing at Wisconsin assistant Joe Krabbenhoft. Multiple players then appeared to follow suit as the postgame scene turned ugly.

Howard later refused to apologize for the incident, pinning the blame on Gard.

“Someone touched me, and I think it was very uncalled for, for them to touch me, as we were verbalizing and communicating with one another,” Howard told reporters. “That’s what escalated it.”

The State Fair of Texas Is Back. Here’s Everything—OK, a Few Things—You Need to Know