Commenters on a viral TikTok were stunned after one user revealed a handful of seemingly useless items being sold at Goodwill.

In a pair of TikTok videos detailing their questionable Goodwill finds, user @miiakaii drew attention to their local thrift store's selection of various (and random) items. Combined, the viral videos have been viewed nearly 360,000 times, and have received over 30,000 likes.

Captioning the first TikTok, "Shocking Goodwill finds," @miiakaii labeled the items they found "shocking trash," and brought viewers along as they made their way through the store. Showing a rusted air freshener, an indistinct chunk of wood and a used notebook, @miiakaii said that Goodwill was trying to sell garbage to their customers.

"They're just trying to scam us at this point," the TikToker lamented.

Beginning the second TikTok with the disclaimer that it would be "worse than part one," @miiakaii showed what looked to be a plastic lid (without its matching container) marked at $4, a chunk of used bubble wrap selling for $0.99, three Benadryl pills for the same 99 cent price, an empty Simpsons DVD case marked at $1.99, and a pile of cell phone case packaging without any clear price tags.

With more than 4,000 locations across the United States, Goodwill provides recommendations for what types of items should be donated, and what types of items should be sent directly to the landfill. While Goodwill recommends donating used clothing, shoes, and household items, the nonprofit organization discourages larger items like mattresses and large appliances, as well as medicines, wood, yard trash, and household trash.

As the pandemic and COVID-related restrictions have kept people in their homes more than they previously had been, those in the process of cleaning out spaces (they now need for working and living) have turned to Goodwill and other thrift stores to take on millions of pounds of unwanted items.

In 2020, Goodwill threw away 13 million pounds of waste in just three states. Heather Steeves, a spokesperson for Goodwill's 30 locations across Vermont, New Hampshire and Maine, told NPR that, although donations are welcome, many people use them as an excuse to offload garbage. 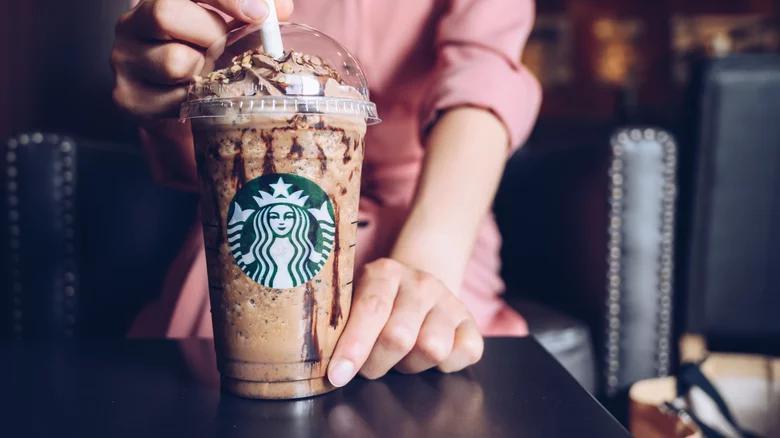 "We hope everyone brings great things that help our programs, but we know some people make some questionable judgments about what is good to donate," Steeves said. "All this trash adds up to more than $1 million a year in a trash bill, and it's been growing every year for the past five years."

Goodwill North New England, has experienced a 155 percent increase in trash expenses over the last half decade and, according to ABC, "spikes in trash expenses can divert money away from other services the agencies could spend in their communities, like workforce development programs."

Despite Goodwill's efforts to stop the uptick in "questionable" donations, the pair of viral TikTok videos sparked debate among commenters about the seeming trash shown on shelves, and attempted to explain its presence.

Commenting on @miiakaii's second TikTok, one user speculated that the trash shown in the video was the result of theft.

"The trash could also be from people taking stuff from inside packaging," the TikTok user commented. "Happened all the time at mine when I worked there."

Another TikTok user said they used to frequent Goodwill, but stopped because of changing prices and an influx of useless items.

"Dude I used to love Goodwill, but now it's just over priced garbage," they commented. "Literally."

Amid a sea of comments about the loose Benadryl pills, many TikTok users theorized that thieves are to blame for the multiple empty packaging items shown throughout the viral videos.

However, one user lamented that, despite the growing tendency for donators to leave trash at thrift stores, they are still unable to donate potentially helpful items to Goodwill.

"They'll take our trash but not our couches, cribs," they commented. "Ya know, actual good donation items."

Newsweek reached out to @miiakaii and Goodwill Industries for comment.

Keanu Reeves Knows the Secrets of the Universe