what does a clear phone case mean

(Reuters) - An Akron federal judge has created quite an imbroglio for shareholders' lawyers who are trying to win approval of a $180 million derivative settlement with board members of the corruption-tainted Ohio utility company FirstEnergy Corp.

The proposed settlement would be one of the biggest-ever cash payouts in a derivative case. It would also be a corporate governance milestone, requiring six of FirstEnergy’s directors to relinquish their board seats in the company’s next election. Lead counsel from Bernstein Litowitz Berger & Grossmann, Saxena White and Cohen Milstein Sellers & Toll said in a March 11 motion for preliminary approval of the settlement that the deal would accomplish their two goals in the litigation: remediating much of the financial damage to FirstEnergy from a political bribery scheme that cost the company $230 million in a deferred prosecution agreement with the Justice Department last summer; and imposing internal reforms that will avert such corruption in the future.

The plaintiffs' firms filed their motion for preliminary approval with U.S. District Judge Algenon Marbley of Columbus. But unfortunately for them, Marbley is not the only judge involved in the FirstEnergy derivative litigation. U.S. District Judge John Adams of Akron has said in no uncertain terms that this litigation will not be resolved unless he signs off – and he has made it all too clear to shareholders' lawyers that he is not ready to do that.

Adams’ latest demand followed a truly astonishing March 9 hearing. (More on that below.) Broadly speaking, he wants plaintiffs' lawyers to disclose publicly which FirstEnergy officials paid millions of dollars in bribes to Ohio politicians in exchange for a pledge to back legislation that would benefit the company. Adams told plaintiffs' lawyers in a March 11 order to explain why they had refused to cough up the names at the March 9 hearing. If he didn’t like the explanation, he said, plaintiffs' lawyers would face sanctions or removal for continuing to resist disclosure.

In a response this week, plaintiffs' lawyers ever-so-gently pushed back against Adams’ demand. They said they learned the identity of the bribe-paying officials from discovery produced under confidentiality orders in both the Akron and Columbus cases and are therefore prohibited from publicly disclosing the information. Plaintiffs' lawyers said they could provide non-privileged information to Adams in camera or under seal but could not otherwise give the judge what he wants without defendants’ permission – and defendants had refused to provide it.

In addition, plaintiffs' lawyers said, they are precluded under precedent from the 6th U.S. Circuit Court of Appeals from breaching “settlement privilege” to disclose anything about the mediation that led to their proposed deal, including any discussions about the officials who paid the bribes.

In effect, the filing contends, Adams has put plaintiffs' lawyers in an impossible bind by demanding that they disclose explosive information whose revelation would breach confidentiality orders signed not just by him but also by Marbley in the Columbus litigation.

In case you’ve forgotten the peculiar circumstances that resulted in Adams and Marbley simultaneously presiding over what is for all intents and purposes the same case, the short explanation is that Adams refused in May 2021 to transfer a derivative suit filed in Akron by one FirstEnergy shareholder, even though Marbley had by then consolidated nine other derivative suits, appointed lead counsel and denied defendants’ motions to dismiss.

In January, the Akron judge reacted angrily when shareholders' lawyers told him they planned to hold mediation talks to settle the suit. Adams questioned why they would settle before conducting depositions and threatened to appoint new lawyers to represent shareholders.

In February, after both sides reached a tentative agreement and disclosed their intention to seek approval of the deal from Marbley in Columbus, Adams issued an order accusing the parties of forum shopping and refusing to halt discovery in the case before him. Adams directed shareholders, the director defendants and the board’s special litigation committee to answer a series of questions, including whether shareholders had learned the identity of the bribe payers. 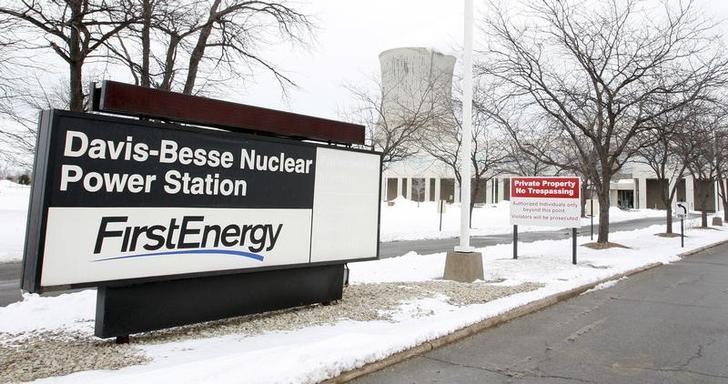 At the March 9 hearing, Adams told shareholder lawyer Jeroen van Kwawegen of Bernstein Litowitz to disclose the names. Van Kwawegen said he could not, citing privilege and confidentiality concerns and his duty to FirstEnergy in pursuing a shareholder derivative claim on behalf of the company.

Unappeased, the judge said the identity of the bribe payers is relevant to approval of the settlement, in which the company is releasing claims against directors and officers. The judge also cited the public’s strong interest in revelations about corporate and political corruption.

The judge grew increasingly irate as van Kwawegen refused to budge. “The mediation privilege doesn't apply here, counsel,” Adams said. “I'm just telling you to answer the question directly. If you're refusing to do that, tell me now, because if that's what you're refusing to do, then maybe we need new counsel to represent the shareholders in this case.”

After a half hour or so, the judge shut down the hearing. “You haven't tried, sir,” he told van Kwawegen. “You just refused and ignored, offered what I would characterize as excuses that really don't carry a great weight.” Adams’ abrupt departure from the bench, according to a Cleveland.com reporter who attended the hearing, “shocked” the dozens of lawyers in the courtroom. (Seriously, read the 39-page transcript. It’s a doozy.)

Where does the case go from here? None of the lawyers for shareholders, individual defendants or the board’s special litigation committee responded to my email queries. Van Kwawegen repeatedly told Adams during the March 9 hearing that the settlement proposal is not actually before him but will be evaluated by Marbley in Columbus. Adams once again claimed the parties were forum shopping, an accusation van Kwawegen rebuffed.

Adams said the parties had better not expect to slide by him. “Any settlement of this case comes back here,” he warned.

I have a feeling he means it.

Federal judges in tug-o-war, $180 mln derivative deal caught in between

Opinions expressed are those of the author. They do not reflect the views of Reuters News, which, under the Trust Principles, is committed to integrity, independence, and freedom from bias.
Alison Frankel

Alison Frankel has covered high-stakes commercial litigation as a columnist for Reuters since 2011. A Dartmouth college graduate, she has worked as a journalist in New York covering the legal industry and the law for more than three decades. Before joining Reuters, she was a writer and editor at The American Lawyer. Frankel is the author of Double Eagle: The Epic Story of the World’s Most Valuable Coin.

The fastest charger for your shiny new iPhone 13