can am phone case

Advertisement, register or subscribe to save articles for later.

They have been trained to withstand the toughest psychological and physical pressures of combat. But there came a moment this week which crystallised the emotional toll the Ben Roberts-Smith defamation case is taking on some of the battle-hardened men summoned to give evidence.

That moment arrived when Person 24, a former member of the Special Air Service regiment, broke down under prolonged cross-examination from Roberts-Smith’s barrister, Arthur Moses, SC.

Moses had challenged the soldier multiple times on his evidence, putting it to him that he was lying, “making things up”, concocting a “story”.

By late morning on Tuesday, Person 24 had reached snapping point. Choking up, he told Justice Anthony Besanko: “I am not telling any lies, your Honour. I am not making this up. I am as uncomfortable as any other person has been coming through here … I do not want to be here, I am here because I have been subpoenaed.”

Then came the disconcerting sound, briefly, of a grown man weeping, as he added: “I find it extremely difficult to stomach, having to give evidence against that man in the corner.”

The “man in the corner” is Roberts-Smith, who is suing The Age and The Sydney Morning Herald over allegations of unlawful killing of prisoners, bullying of fellow soldiers and striking a former lover. He has denied all wrongdoing.

For the past seven weeks the Victoria Cross recipient has spent every day between Monday and Friday silently occupying the same seat in the back row of the courtroom, adjacent to the window with its sweeping views of Sydney Harbour.

Person 24 is not the only one to have found the case gruelling. Thirteen soldiers have so far given evidence for Nine, owners of the media outlets. Many have had to endure prolonged grilling by Roberts-Smith’s legal team not only on their experiences in the special forces and in Afghanistan, but on sensitive personal details such as their mental health, medications, drinking habits, quality of sleep, whether they have nightmares and flashbacks, and any blots on their service record.

Repeatedly they have been challenged on whether they have imagined, lied about or made up the scenes they’ve described.

What made Person 24’s outburst striking was how starkly it laid bare his conflicting emotions. On the one hand, he told the judge: “I still don’t agree with the fact that BRS is here … he’s under an extreme amount of duress for killing bad dudes who we went over there to kill.”

He added that it was “extremely unfair the way this has panned out for BRS” and that he had severed some of his own friendships over attitudes to speaking with the media. Yet despite his avowed aversion to the proceedings, Person 24 has delivered some of the most damning and unequivocal eyewitness evidence yet to be produced in the case.

He swore that he saw Roberts-Smith execute an unarmed prisoner, in cold blood, outside an Afghan compound known as Whiskey 108 on Easter Sunday, 2009, by machine-gunning the man in the back.

So overt was the action, Person 24 told the court, that it seemed “an exhibition execution”, one which Roberts-Smith “wanted people to see”.

Person 24’s evidence was very similar to that given by another soldier, Person 41, the first military witness in the case in early February. 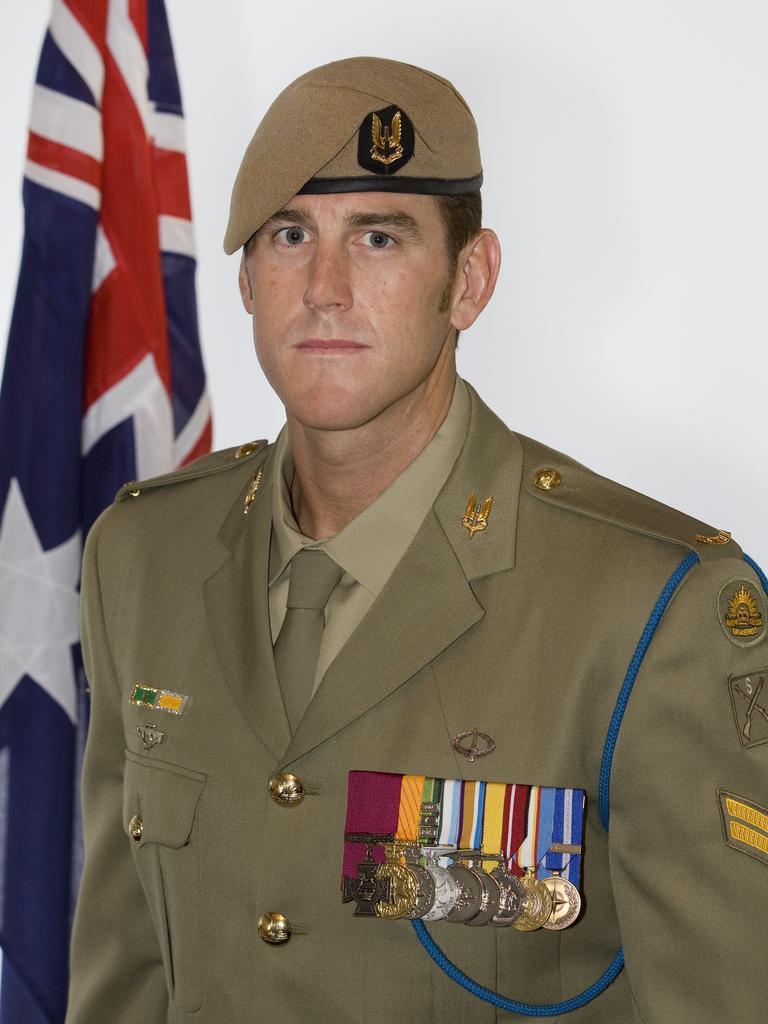 Person 41 too described seeing Roberts-Smith “frog-marching” a prisoner outside the compound, throwing him to the ground and firing machine gun rounds into his back, before turning to person 41 and asking: “Are we all cool?”

A third soldier, Person 14, who was on guard duty outside the compound with Person 24, has a less precise recollection but says he saw a “black object … similar to a human” thrown to the ground and machine-gunned during the mission, though he was initially unsure which of three soldiers were responsible.

Person 24’s angst has not just been for himself. “Good soldiers have been adversely affected not only by someone else’s actions on the ground, but also in this courtroom,” he said on Tuesday. He said Person 14 had told him that Moses had come at him like a “rabid dog”.

He made clear his particular concerns for a soldier code-named Person 4, a man he’d mentored into the SAS, and who was kept under questioning for close to five days earlier this month. Person 4 is on a range of medications for psychological injury as a result of his service in Afghanistan and these were raked over extensively during cross-examination.

”I know he was struggling with his family,” Person 24 said. “And I saw in the papers that, as you [Moses] are doing to me, suggesting that because he is on some form of medication that he’s not fit to be a witness.

“To see how [Person 4’s] life has been turned upside down … I find heartbreaking, Mr Moses.”

Person 4 has significance in the case as a key witness to Roberts-Smith allegedly kicking a bound prisoner off a cliff outside the village of Darwan in 2012.

The court has also heard evidence that Person 4 allegedly executed a detainee himself, at Whiskey 108, on the orders of Roberts-Smith, though for legal reasons he has been shielded from giving evidence on this point in the defamation proceedings.

The primary defence tactic adopted by Roberts-Smith’s legal team has been to depict their client as the victim of a rumour-mongering campaign by soldiers jealous of his Victoria Cross and other military decorations.

Some military witnesses have agreed that they either harboured doubts about the awarding of the VC, or heard of others in the unit who questioned whether it was deserved. But all of those called thus far have denied this shaped or motivated their evidence.

The most direct attack on the awarding of the VC has come from Person 7, a senior SAS non-commissioned officer who said this week he believed the citation on which the award was based had contained “lies and embellishment”.

However his most damaging testimony against Roberts-Smith was on other fronts.

He claimed to have seen Roberts-Smith assaulting Afghan prisoners on two separate missions. He said Roberts-Smith had once told him of wanting to strangle a man with his bare hands and “watch the life drain out of his eyes”.

He gave evidence about what he alleged was Roberts-Smith’s years-long bullying of another soldier, Person 1. And he was instrumental as a confidant to Person 4, taking that soldier’s account of events at Darwan to more senior officers.

Under questioning, Person 7 revealed he’d been a key source for Nine’s investigative journalists, Chris Masters and Nick McKenzie, and he admitted to being one of two SAS soldiers who’d appeared (their identities disguised) on a 60 Minutes program in late 2019.

He accepted that while his first ever meeting with Masters had been green-lit by Defence for the purposes of helping Masters research a book on the special forces, subsequent contacts with the journalists had been unauthorised.

He conceded that some of what he’d conveyed about Roberts-Smith during an initial 6½-hour dinner with Masters amounted to “petty gossip”, in addition to the more serious allegations.

But he denied any intention to assassinate the character of Roberts-Smith. His 60 Minutes appearance, he said, was designed to head off what he saw as attempts by Roberts-Smith to silence, dissuade or intimidate soldiers against cooperating with a Defence force probe into war crimes allegations.

Not all of Person 7’s SAS colleagues will have agreed with that decision. Yet without the courage of insiders such as Person 7, it is questionable how much of the grave allegations of wrongdoing by a small group of SAS soldiers in Afghanistan would ever have come to the attention of the public.

The Morning Edition newsletter is our guide to the day’s most important and interesting stories, analysis and insights.Sign up here.

Most Viewed in National