can a phone case block signal

Another example of how combating "misinformation" may obscure the truth. It's become popular in certain political and media circles to say social media must clamp down harder on false information. Some lawmakers have even threatened tech companies with severe consequences for failing to stop the spread of fake news. But the idea that these companies could ever do this adequately is laughable—something driven home by new reporting on Hunter Biden's laptop.

Back in October 2020, the New York Post first reported on the laptop—allegedly left by President Joe Biden's son at a computer repair shop and containing emails about Hunter's work for Ukrainian energy company Burisma. The emails suggested Burisma was paying Hunter in order to get access to his dad.

The story was quickly panned by prestige media and denounced by Democrats, who characterized it as an attempt to make then-candidate Joe Biden look bad and possibly another attempt by Russians to influence a U.S. presidential election. Even mentioning it to criticize it was frowned upon by some on the left.

Now, The New York Times—which was critical of the Post story when it came out—has published a piece backing up many of the Post's initial assertions. The story details the U.S. Department of Justice's investigation into Hunter Biden for possible violations of laws surrounding taxes, foreign lobbying, and money laundering.

Federal prosecutors "had examined emails…from a cache of files that appears to have come from a laptop abandoned by Mr. Biden in a Delaware repair shop," the Times reports, before going on to describe the contents of some of these emails. These emails "were authenticated by people familiar with them and with the investigation," it says.

So: A story that initially seemed dubious turned out to have been true all along.

What can we take from this?

I don't think the moral is that everyone was wrong to question the Post's reporting. ("There were reasons to be skeptical of the Post's story," as Reason's Jacob Sullum noted yesterday.) But the impetus to discourage or ban all discussion or amplification of it was wrong.

In this case, it led to social media companies actually obscuring the truth in the name of combating misinformation. And it discouraged other media outlets from looking into the Post's allegations in a serious manner. In short, it helped keep people in the dark about Biden's son's business dealings.

The whole fiasco has a similar structure to the lab leak theory news cycle. The idea that COVID-19 originated not in a Wuhan wet market but a virus research laboratory nearby was initially decried by respectable sources as right-wing propaganda. Again, social media companies were encouraged to—or in some cases did—limit stories suggesting a lab leak had launched the pandemic. Then, months down the road, the lab leak hypothesis was vindicated—not necessarily as true (we'll probably never know) but as something at least plausible.

In both cases, stories were initially met with skepticism (which is fine), from which folks quickly leaped to calling them misinformation and suggesting they should be off limits to read or share (not fine). In both cases, the stories turned out to have much more credibility than originally thought.

Companies like Twitter and Facebook are of course private actors that can choose what sorts of information to allow or block. But in these cases, social media companies weren't just acting in a vacuum but under incessant (and ongoing) threats of punishment by the government if they didn't stop the spread of misinformation.

Misinformation bans don't work for many reasons, but a main one is that sometimes the truth is hard to determine. The real moral of the story here seems to be that letting politicians, pundits, media outlets, or tech executives decide the contours of the truth is likely to backfire.

Putin's demands. In a phone call with Turkish President Recep Tayyip Erdogan, Russian President Vladimir Putin laid out his demands for striking a peace deal with Ukraine. "Chief among them is an acceptance by Ukraine that it should be neutral and should not apply to join Nato," the BBC reports. More:

There are other demands in this category which mostly seem to be face-saving elements for the Russian side.

Ukraine would have to undergo a disarmament process to ensure it wasn't a threat to Russia. There would have to be protection for the Russian language in Ukraine. And there is something called de-Nazification. 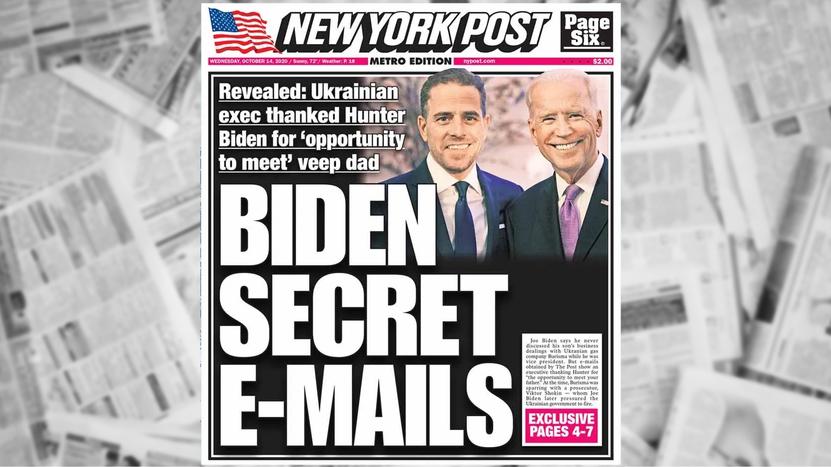 This is deeply offensive to Mr Zelensky, who is himself Jewish and some of whose relatives died in the Holocaust, but the Turkish side believes it will be easy enough for Mr Zelensky to accept. Perhaps it will be enough for Ukraine to condemn all forms of neo-Nazism and promise to clamp down on them.

The second category is where the difficulty will lie, and in his phone call, Mr Putin said that it would need face-to-face negotiations between him and President Zelensky before agreement could be reached on these points. Mr Zelensky has already said he's prepared to meet the Russian president and negotiate with him one-to-one.

The second category involved demands related to the Donbas region of eastern Ukraine.

Musician Fiona Apple is speaking out in favor of Maryland measures to open up access to court proceedings. The bills (S.B. 469 and H.B. 647) would guarantee that all criminal and civil proceedings will be open to virtual audio and video public access

Fiona Apple is on fire right now. Asking you to join her in the fight for public virtual access to court in Maryland. Injustice happens in empty courtrooms. Explains how to call now & urge lawmakers to pass the law. Also this video is just the best. Watch: pic.twitter.com/XrqCnbibbH

"This is crunch time," tweeted civil rights attorney Scott Hechinger. "It isn't just about Maryland but about the future of open courts throughout the country. MD has the opportunity to set the tone for transparency—an opportunity we can not afford to let pass by."

Can Missouri prevent people from leaving the state to visit abortion clinics? Not exactly. But it can make it risky for anyone to help a pregnant woman do so. State Rep. Mary Elizabeth Coleman (R–St. Louis) has introduced a bill that would make it harder to cross state lines to terminate a pregnancy by allowing private citizens to sue anyone who "aids or abets" someone leaving the state for an abortion.

The Missouri law could target companies like Citigroup, which will now help fund employees traveling out of states with restrictive abortion laws. "In response to changes in reproductive health care laws in certain states in the U.S., beginning in 2022 we provide travel benefits to facilitate access to adequate resources," the company said this week.

"Abortion rights advocates say the measure is unconstitutional because it would effectively allow states to enact laws beyond their jurisdictions, but the Republican-led Missouri legislature has been supportive of creative approaches to antiabortion legislation in the past," notes Caroline Kitchener at The Washington Post. "The measure could signal a new strategy by the antiabortion movement to extend its influence beyond the conservative states poised to tighten restrictions if the Supreme Court moves this summer to overturn its landmark precedent protecting abortion rights."

Allowing private lawsuits for abortion-related activity has become the latest trend in anti-abortion legislation, following the passage of Texas S.B. 8 and the Supreme Court's ruling that the nature of the law (not enforced by state officials but through private lawsuits) made its preemptive blocking impossible. S.B. 8 banned abortion after fetal cardiac activity could be detected (around six weeks into a pregnancy). Since the law took effect last September, women have been getting around it by traveling out of state or getting abortion pills in the mail.

Earlier this month, Idaho passed a similar law—though it was slightly more limited in scope in that it only allows family members of someone getting an abortion to sue abortion doctors.

Tennessee is now considering a similar but more extreme version of S.B. 8. "The Tennessee version introduced Tuesday would ban all abortions rather than allowing a patient to have a six-week window. But similar to the Texas model, it still would make legal challenges difficult because the government would not be the enforcer," reports the Associated Press.

• "Despite public assertions that it had gone dormant, a multi-agency task force consisting of federal, state, and local police that was created to monitor protests in Minnesota during the murder trial of former police officer Derek Chauvin continued to operate in secret after the trial's conclusion," the MIT Technology Review reports.

• The U.S. "can't fund COVID treatments for the uninsured because we spent trillions of COVID aid on wasteful garbage," writes Reason's Eric Boehm.

• Moderna is seeking authorization for a second COVID-19 booster for all adults.

• "The Federal Trade Commission will not challenge Amazon's acquisition of MGM Studios after the agency's commissioners split on bringing a suit," according to Politico.

• Some good news for the criminal justice reform movement in Tennessee:

No, using your phone while it’s charging won’t send electric waves through your body