War TikTok is a mess

It is not novel to remark that the experience of scrolling through TikTok feels like emotional whiplash. Upon opening the app you might be greeted with a DIY project from Dollar Tree, followed by a manifesto on the power of friendship as a network for mutual aid. Scroll: a puppy eating peanut butter; scroll: news that a famous cat is dead. On February 24th it took me three swipes to land upon a video purporting to be a livestream of a city in the dark, filmed from an apartment window. Air raid sirens blared in the background, and the only other audible noise was the terrified whimpers of the person holding the camera.

I have no idea whether the footage was filmed by a real person in Ukraine, observing what was happening outside their window in real time, but I am almost certain that the person filming was not the same one who uploaded it to TikTok. Watch it for long enough and you’ll notice it’s a loop on repeat, and if not one of the commenters will point it out to you: “SCAM!” they write in between the thoughts and prayers from other TikTokers. “Staged for money!”

Twitter feels especially dystopian on nights like this. Tweets about war mixed in with sports, memes, etc like it’s all of the same importance. Don’t think we were meant to absorb info like this.

This is War TikTok, the version of itself that TikTok never wanted to become. When the app launched in the US in 2018, it took great pains to promote itself as purely apolitical, a place to forget about the complexities and horrors of the world and watch people be silly. It’s too late for that to remain the case: Over the past three years, TikTok has become the site of political commentary, political activism, political propaganda, and in moments of war, a complicated, confusing, and sometimes crucial record of civilians on the ground. The Washington Post, for instance, was able to track the movement of Russian troops for the past several weeks using only videos uploaded to TikTok.

The video I saw was just one of many dubiously sourced streams of darkened cities against the sounds of sirens; most ostensibly to garner up views to then monetize later, and many to scam people into donating directly to them. TikTok makes this easy: You can send a “gift” to livestreamers that amounts to actual cash with the click of a button. One account explicitly called for donations while streaming a video that some noticed was actually filmed in the UK. Some are videos that are years old, taken in other cities during a different conflict. Some are spliced with fake audio to make it seem as though they are depicting a particularly tense moment. Some are literally footage from video games.

A fake TikTok from Ukraine has garnered over 5 million views in 12 hours.It features a couple repeating “oh my god, oh my god” then there’s a loud explosion, screaming and he saw “ow my leg.”I found this exact audio on another video from the 2020 Beirut explosion. pic.twitter.com/fP20IdtfX7

The problems that plague the internet during wartime are not necessarily unique to TikTok: On Twitter, celebrities and talking heads all but compete to see who can produce the most tone-deaf, self-serving, or bizarre take on a situation that has not materially affected them. Users in niche realms, from astrology to crypto, have seemed to feel as though they must find their own angle on the day’s news, which is how we get astrology accounts tweeting “Russia is Scorpio Rising which makes the country powerful,” or Marianne Williamson tweeting about “dark psychic forces.” On Instagram, meme pages with names like @livefromukraine are posting unverified videos of bombings and air raids. The American owner of one of these several Instagram accounts told Input that “What I’m trying to do is get as many followers as possible by using my platform and skills.” 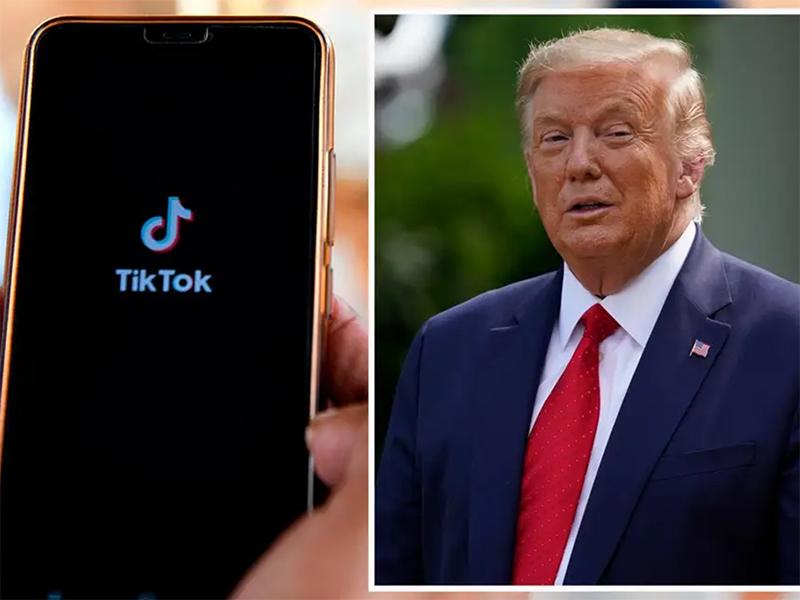 When the media covers mis- and dis-information during times of crisis, audiences tend to envision hackers working for a shadowy state-funded organization explicitly attempting to sow panic and confusion. This exists, of course, and experts have seen “a concerted effort from Russian leaders and state-backed media to push a false narrative around the reasons for invading Ukraine,” one that will surely continue for as long as Russia continues to invade the country. Big Tech has struggled over what kinds of content to take down or leave up, and must ask questions weighing the risks of allowing propaganda to reach more eyeballs against the risks of removing it and therefore interfering with humanitarian and legal efforts to hold the Russian government accountable. Both Facebook and Twitter have removed pro-Russia sock puppet accounts targeting Ukrainains. Meanwhile, independent internet sleuths task themselves with debunking propaganda in real time.

But the other kind of disinformation — the kind pushed by people who are adept in how to make junk content go viral and are beholden to no one but themselves — has a similar effect. Worse, it casts suspicion on the well of information coming from actual Ukrainians and journalists on social media by making it increasingly difficult for those watching to believe that what they’re seeing is real. When reached for comment by Vox, a TikTok spokesperson wrote that the company is continuing to monitor the situation and remove “harmful misinformation and promotion of violence.”

Somewhere in the middle of all this are the American TikTok commentators giving 101-level explanations on the crisis, often in rather uncanny YouTube dialect — exaggerated and bizarrely upbeat — used by creators like Noah Glenn Carter and Philip DeFranco. Others, though, have built followings explaining complex news to new audience segments. A.B. Burns-Tucker, a 33-year-old law student in Los Angeles, has been posting videos under the handle @iamlegallyhype explaining the crisis since February 7th, when her video about a possible war started by Russia went viral. Her tone is upbeat and funny, referring to Russian President Vladimir Putin as “Big Bank P” and Trump as “Big T.” “Somehow this finally makes sense,” reads the top comment on the video.

#Russia has 70% of the forces needed to invade #Ukraine and it’s getting a little scary in the streets. #TeamofTomorrow #learnontiktok

“I get messages all the time now from people who never thought about politics before they hit me up,” she tells me over the phone. “It seems like the people following me have been frustrated with how politics has been conveyed to them, and they’ve felt left out. So I’m hoping that people stay in the know and get more involved in politics.”

The internet, for those trying to follow what’s happening in conflict zones without being there themselves, can be a deeply unpleasant place to linger. It can feel as though you are obligated to stay there or risk ignorance or complicity; it can feel imperative that you say or post something, anything — the same infographic your friends are sharing, a vague message of solidarity — out of fear that “staying silent” is worse. And yet, demands that individuals with little to no connection to a crisis “speak on it” often end up with people sharing unhelpful or harmful information and opinions.

But as usual, the most helpful thing you can do on social media, if you choose to do anything, is to show what you’re doing to help: Find verifiable, trusted sources and share them, then follow their advice. Post screenshots of your donations and encourage your followers to match them. If you’re confused about where to donate, Yale history professor and Russia-Ukraine expert Timothy Snyder has compiled a list of good organizations that could use the help; here’s a list that includes organizations that accept credit cards.

If you’re doomscrolling and are unsure of where and whom to trust, here’s a list of trustworthy sources on Ukraine to follow on Twitter created by Jane Lytvynenko, a senior research fellow at the Technology and Social Change Project at Harvard Kennedy’s Shorenstein Center. The Kyiv Independent is an English-language news site by former Kyiv Post journalists, and it adds a lightning bolt emoji to any tweet that contains breaking news. On TikTok, Matthew Cassel is a Vice News correspondent currently in Kyiv who’s been posting video updates, and Xena Solo is a Ukrainian TikToker who has been giving explainers in English on the situation from her point of view. And above all, please, stop making jokes about World War III.

This column was first published in The Goods newsletter. Sign up here so you don’t miss the next one, plus get newsletter exclusives.

‘People are beyond breaking point’: Huge increase in those seeking energy debt support as cost of living crisis bites

23 Free Things to Do at Walt Disney World