can i take selfie stick on plane

China celebrates the start of a new year on Tuesday—it will be the Year of the Tiger—and on the eve of the holiday, the Chinese space program sent a special message from the red planet.

The country's Tianwen-1 spacecraft, which has been in orbit around Mars for nearly one year, captured a "selfie" video that shows the craft passing in front of the planet. This video was taken by a camera on the end of a narrow arm that extends 1.6 meters away from the vehicle and is used by operators to monitor the health of the spacecraft.

Highlights of the visuals include Tianwen-1's waggling solar panels, main engine, and fuel tanks. About halfway through, the ice-capped northern pole of Mars appears in the background as Tianwen-1 makes its orbit around the planet. 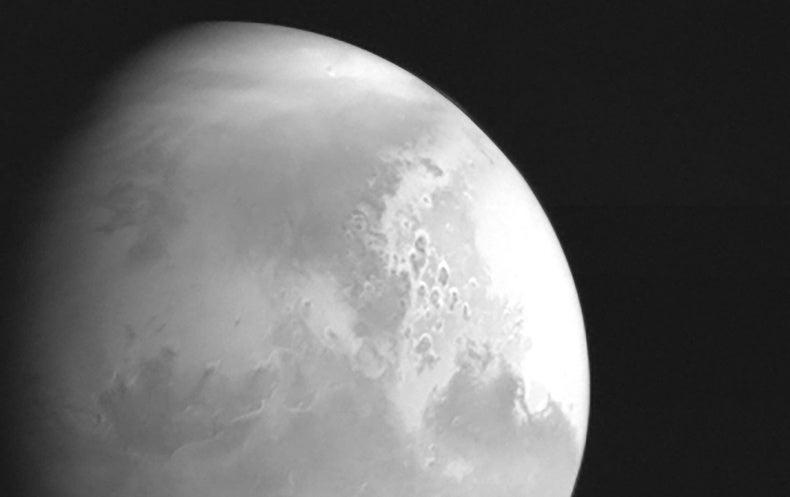 This imagery offers a rare glimpse of a spacecraft orbiting another world and is rather striking. Its release on the eve of the Chinese New Year demonstrates how the country's leadership uses civil spaceflight to instill national pride and works to establish China on the world stage as an equal to the United States.

Some of this is propaganda, of course. But China very much has a national space program in ascendance. And on Friday, the government released a white paper that outlines China's five-year civil space strategy, which aims to continue an upward trajectory.

"In the next five years, China will integrate space science, technology, and applications while pursuing the new development philosophy, building a new development model and meeting the requirements for high-quality development," the white paper states. "It will start a new journey towards a space power. The space industry will contribute more to China's growth as a whole, to global consensus and common effort with regard to outer space exploration and utilization, and to human progress."

During the coming half-decade, China's space program intends to complete its Tiangong space station and launch a space telescope. The country also plans further study of a "plan for a human lunar landing" and research of key technologies to lay a foundation for exploring and developing cislunar space. Eventually, China plans to work with Russia and other international partners to build a "research station" on the Moon. This puts China in direct competition with NASA, which seeks to unite nations under the "Artemis Accords" and make a series of lunar landings in the late 2020s and early 2030s.

China also intends to build upon its nascent efforts to robotically explore the Moon and Mars. With the Chang'e-6 lunar probe, China plans to collect and bring back samples from the polar regions of the Moon, and with the Chang'e-7 lunar probe, the country aims to explore the permanently shadowed craters where water ice is believed to exist. The country also aspires to return Mars rocks to Earth and begin exploration of the Jupiter system.

The five-year plan lays out an incredibly ambitious vision for space exploration. Should it come to fruition, China would rival NASA and its commercial space industry by the end of the decade.

Unfortunately, the white paper does not present budgeting information, nor does the closed leadership of China provide transparency about space spending. To meet some of these aims will almost certainly require significantly more funding than China is presently investing in space. Therefore, China's space plans are likely dependent upon the country's economy remaining relatively healthy.