China Releases a Selfie-Stick Video of Tianwen-1 Above Mars

Selfies have become ubiquitous everywhere – even Mars.Now, the Tianwen 1 orbiter is getting into the spirit with a selfie taken high up in Martian orbit.

Tianwen didn’t just use an ordinary, run-of-the-mill selfie stick to achieve this shot.Its much more advanced instrument was made of a shape memory alloy and was folded up next to the probe itself during launch.Weighing only .8 kg and coming it at a length of 1.6 meters when fully unfurled, it is a marvel of engineering itself. 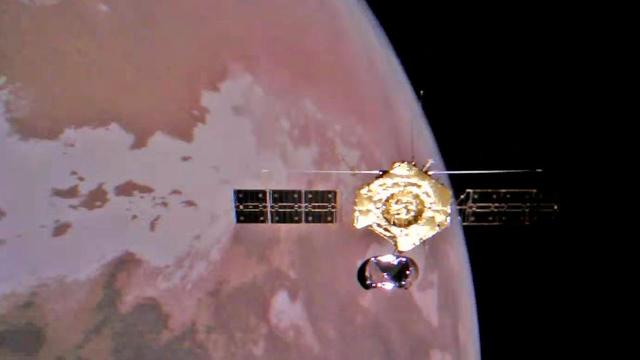 Ostensibly, the camera at the end of the stick is used for system health monitoring.By checking on the engine, storage tank, and control modules, it certainly contributes to the engineering side of the mission. And so far, all of the systems it is supposed to be monitoring are in good working order.

But, perhaps, more importantly, it is also able to take exciting pictures of this mission that so far has lasted more than a year and send back about 600 GB of data to the probe’s controllers.This isn’t even the first time the probe took a self – though previously it had also used a separate craft altogether. The plan is for both Tianwen and its associated Zhurong rover to collect much more data over the rest of their lifetimes – perhaps there will be some more selfies in that data set as well.

How (And Why) To Clean And Disinfect Your Smartphone