B.C.'s provincial health officer made a surprise appearance at Thursday's BC Lions home opener, and was met with enthusiastic applause from the crowd.

Dr. Bonnie Henry spoke at halftime to thank attendees for embracing vaccinations, then posed for selfies with a number of fans.

"I was really happy that everybody was excited to see her and there was a big round of applause for her because she deserves it," one BC Lions fan told CTV News after the game.

While Henry was celebrated at the game, her appearance later drew criticism on social media, where some questioned her decision not to wear a mask while taking pictures with unmasked fans.

"An unmasked Bonnie Henry taking selfie's (sic) with strangers is insulting to the people of our province," one Twitter user wrote.

Others pointed to growing concerns about the highly contagious Delta COVID-19 variant, which has been fuelling B.C.'s fourth wave.

The provincial health officer defended herself on Friday, stressing the importance of weighing and balancing risk factors now that 83 per cent of British Columbians are at least partially vaccinated.

Henry said she did wear a mask when moving around the stadium, but kept it off while seated with a small group of people who have all been fully immunized against COVID-19.

"I think overall it was a really positive experience and it was really great to see people safely come together again," she said. 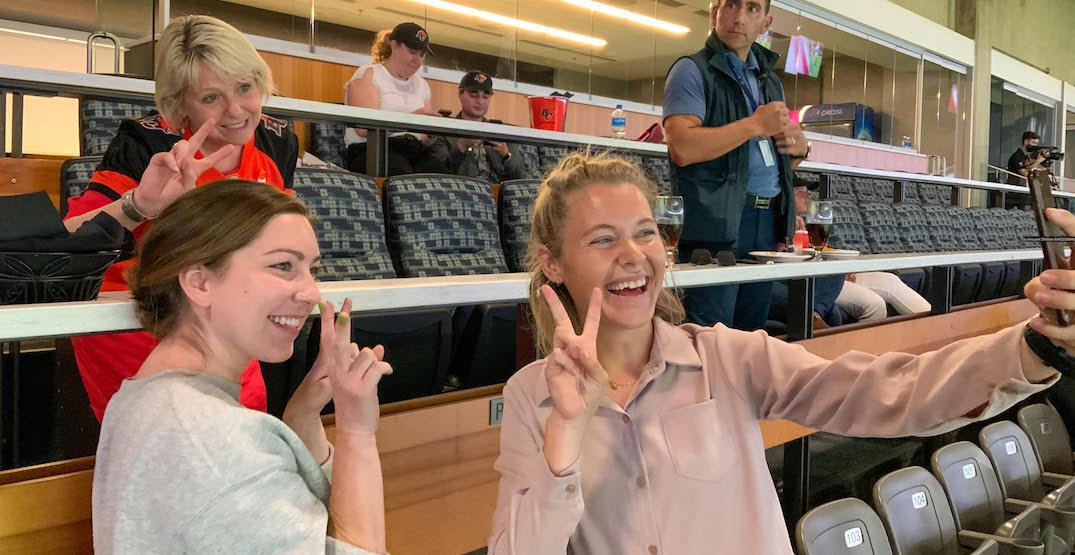 Henry added that she found the lineup of people asking for selfies "a bit disconcerting, to be honest" but noted they were separated by a physical barrier that put some distance between them.

"And yes, I did ask people if they were vaccinated and every single one of the people who came up and were involved there were vaccinated," she said. "It's an outdoor environment, it was a short period of time, there was physically distancing being kept – so those are the types of settings where transmission is unlikely."

Henry said she still wears a mask in closed indoor spaces such as buses and grocery stores.

Thursday's game was the first professional sporting event spectators have been able to attend in Vancouver since March 2020, and for the most part had the look and feel of a pre-pandemic game.

While B.C. Place stadium was operating at half capacity – with 12,550 seats open – the crowd was not required to wear masks or be vaccinated.

The policy for BC Lions games currently states that masks are "strongly recommended" for anyone age 12 and older who is not fully vaccinated. The team has encouraged all British Columbians to get their shots, but said doing so is not currently mandatory for attendance.

B.C. Place will be bustling again on Saturday when the Whitecaps return to play Los Angeles FC. Henry is scheduled to appear at that game as well, along with hundreds of frontline workers.

"We are honoured to have so many frontline heroes at our match and at the same time we are very excited to have Dr. Henry attending our first match at BC Place in 539 days," Whitecaps CEO Axel Schuster said in a news release.

"Dr. Henry has shown poise throughout this challenging period. We are thrilled to finally be able to return to our home stadium and be able to recognize her contributions to our community."

Similar to Thursday's game, Vancouver Coastal Health will be setting up a pop-up vaccination clinic at Terry Fox Plaza on Saturday to administer first or second doses to anyone eligible to receive them.