PLANT CITY — If you know what "rofl" and "smh" stand for, you're the kind of customer Five Below is looking for.

Five Below is a value retailer that sells selfie sticks, inflatable pool toys, iPhone cases and a lot of candy for $5 or less. It's like the dollar store for teenagers. Almost everything is neon colors, from basketballs to nail polish, and the assortment of merchandise changes almost as fast as a 16-year-old can text.

New Five Below stores open today in Plant City at Lake Walden Square, 115 W Alexander St., and in Brooksville at Cortez Commons, 12928 Cortez Blvd. A total of nine stores will open in Florida, including in Melbourne, Jacksonville, Orlando and Sarasota, as the publicly traded company pushes into the state.

"A company … bringing in that many stores at one time shows the strength of the Florida economy right now," Florida Retail Federation spokesman James Miller said.

Five Below is expanding aggressively. The Pennsylvania-based retailer plans to open 70 stores this year, including five or six more in Florida after this first round. Eventually, the company sees itself operating 75 stores in the Sunshine State, CEO Joel Anderson said.

"Every kid has an allowance. It's amazing how far $10 or even $5 can go in Five Below," Anderson said. 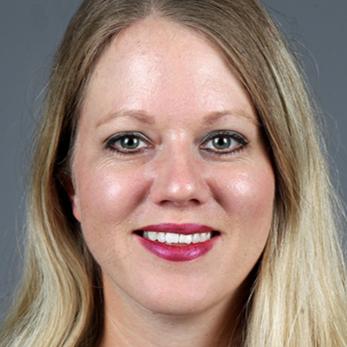 Five Below has more than 400 stores across the country. The company was founded in 2002 by David Schlessinger and Tom Vellios. Schlessinger was the founder and Vellios the CEO of Zany Brainy, a children's brand that sold educational toys under the FAO Schwarz umbrella.

The stores are bright and colorful, and each department, from "style" to "room" to "sports" to "tech," are described as their own worlds within the four walls of the store.

"The teen shopping industry is very fickle. They care where their friends are shopping," said Jeff Green, a retail analyst from Phoenix. "Five Below is successful in that it has followed a model almost like what Forever 21 and H&M have done — they tend to be a little bit trendier in what they offer, but still at value prices."

Most stores, which tend to be about 8,000 square feet, are in traditional shopping plazas with grocery stores and other discount retailers. In Plant City, Five Below is across the street from Plant City High School. It neighbors a Winn-Dixie, Ross, Famous Footwear and PetSmart. Basically, it's where families go to shop.

Five Below targets the teen demographic through social media to show off popular products, such as yoga pants and fitness accessories.

"Social media is so important to how we reach our customer," said David Makuen, the senior vice president of marketing for Five Below. "We're on all the channels, but we're very active with video. Our YouTube channel is very popular."

Subscribe to our free Business by the Bay newsletter

We’ll break down the latest business and consumer news and insights you need to know every Wednesday.Loading...

You’re all signed up!

Want more of our free, weekly newsletters in your inbox? Let’s get started.

Explore all your options

How To Fix A Cracked iPhone Screen With Toothpaste