are selfie sticks allowed on airplanes

It might have been a while since many of us have flown a commercial airline.

Vacations in 2021 bear little resemblance to what we knew before.

Before COVID, the FAA provided service to more than 45,000 flights and 2.9 million airline passengers across more than 29 million square miles of airspace every day.

As of mid-summer 2021, daily flights have returned to a little over one million passengers each day.

In other words, flight, especially here in the Pacific Northwest, is a regular feature of daily life.

Most of us see flights overhead on a near constant basis, and many of us fly for work or recreation.

For a little perspective, here’s a short history of travel in America;

Pan Am flew passengers from London to New York on the first commercial 747s.

Amtrak incorporated in 1971 and debuted with 21 routes.

Southern Airways, a popular airline in the ’70s, was nicknamed “Route of the Aristocrats,” because they served booze and champagne in coach.

It might be difficult to believe, but security screenings at airports were not required until 1973.

You might not believe this either, but the ’70s were the first decade of supersonic air travel. The supersonic Concorde plane took its maiden voyage in 1969.

American Airlines had a piano bar in the economy class cabin of their 747-100 — because nothing says cruising in style quite like in-flight live music.

Boeing was, ahem, based in Seattle.

Ever need to check more than one bag? Back in the 1980s you could check as many bags as you wanted.

You could also bring liquids (of any size) onto a plane — including wine from Bordeaux or Napa Valley, and full-size shampoo bottles.

Construction on the Chunnel (or the “Channel Tunnel”) — which connects ​​Folkestone, England, with Coquelles, France, and runs under water for 23 miles — began in 1988. It cost $16 billion (USD) and opened in 1994.

The movie “Airplane!” came out in 1980 — and Aeromexico was the only airline to buy the movie to show in flight.

Back in the 1980s passengers were allowed to visit the cockpit while commercial aircrafts were in flight. 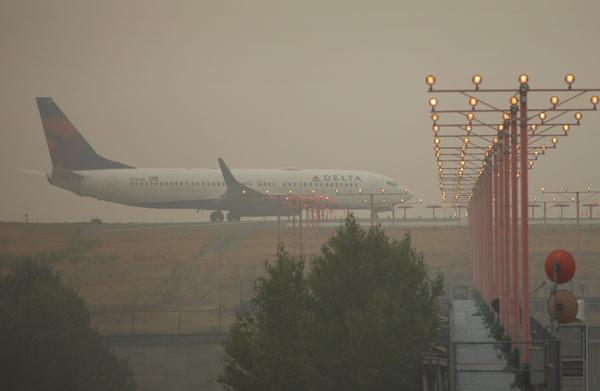 Interest in Australia travel surged in the ’90s because of “Crocodile Dundee.”

The ’90s was the era of traveler’s cheques and cash. The golden age of credit card points and “clubs” had not yet arrived. At least for regular travellers.

The first hybrid car (the Prius) hit the roads in 1997 in Tokyo, Japan.

Boeing, based in Seattle for decades, moved its corporate headquarters to Chicago in early September 2001.

Tesla Motors, the first all-electric automobile company, was founded in 2003.

September 11th changed travel, especially flight, for all of us. And in response, the TSA was founded on November 19, 2001.

Airbnb, VRBO, Uber and Lyft, among others, changed the travel experience for many of us.

Along with this trend, the “hipster vibe” took over the trendsetting neighborhoods of many cities. These clusters feature vegan or gluten-free restaurants and bakeries, makers hubs, brewpubs, art galleries, sidewalk cafés, and of course, coffee shops.

Cheap flights and travel packages, not to mention cruises, led to over-crowding of popular tourist destinations.

The emergence of selfies (and selfie sticks) made travel even more abstract – and dangerous. Several hundred people were killed or injured while taking that “perfect” photo. Animals, cliffs or moving vehicles were common accomplices.

Toward the end of the decade, environmentally-minded travellers began using carbon offsets to compensate for the environmental cost of travel – especially air travel.

The rise of social media gave rise to “influencers” whose “job” was to glamorize tourist destinations – which often led to the degradation, even destruction of too many fragile historic sites.

Demand for travel (and just about everything)dropped and then revived.

For whatever reason, once travel resumed, in flight behavior on the part of passengers took a turn from the obnoxious to life-threatening.

In 2020, for the first time in US history, the US/Canada border was closed to all but the most essential traffic. It remained closed for about 18 months and has only re-opened with major restrictions and conditions.

Many nations have cross border restrictions subject to pandemic conditions.

Because of the drop in travel world wide in 2020, the price of oil dropped dramatically. It rose again in 2021. As did the price of cars – even used cars.

Travel became more complicated in 2021 as shortages of everything from fuel to drivers to pilots to rental cars and spare parts emerged.

Some of us travelled as we worked remotely, others deepened their relationship with home and established home offices as well as home refuges.