can you bring selfie stick on airplane

YouTuber Trevor Jacob was flying solo from Santa Barbara when his plane's engine turned off and didn't restart. Luckily, Jacob was flying with a parachute and decided to abandon his plane. All of this was captured by multiple cameras on the plane as well as a selfie stick that Jacob was carrying, and it was posted on YouTube. Now Federal Aviation Authorities are investigating if the crash was staged, The Santa Barbara Independent reported.

Jacob is a former Olympic snowboarder and now a YouTuber who makes videos about his experiences as an athlete and the adventurous things he has done in the past. His channel has over 130,000 subscribers and his plane crashing video has racked up more than a million views already. In comparison, his previous videos have only gathered a few thousand videos each.

The allegation that the plane crash video was staged first came up from fellow YouTubers who began pointing out issues in the video in the comments section, The Drive reported. 5,000 comments later, he turned off commenting feature and posted a trimmed-down version of the incident. 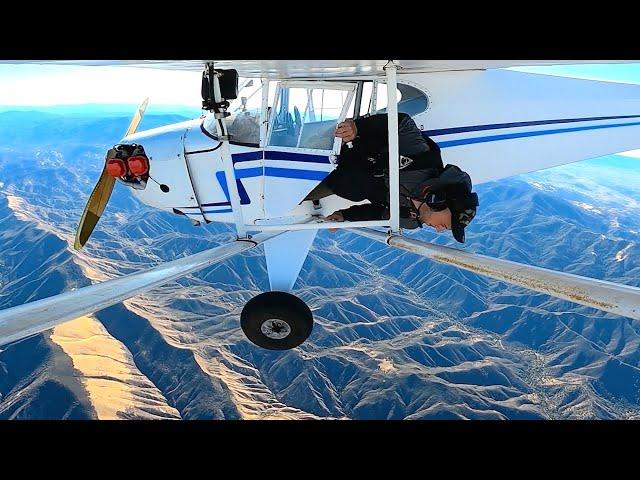 Jacob has claimed in the video that he always uses a parachute when flying. But YouTubers scanned through his previous videos that this wasn't the case. Also, the small-sized aircraft he was flying would require some modification to enable him to carry a parachute while being seated.

Apart from many such small details that lack explanation, the plane that crashed was purchased by Jacob only a month prior to the incident, and according to sources at the Lompoc Airport in Santa Barbara, the plane needed major maintenance. It is likely that Jacob never intended to complete the trip, sources told The Santa Barbara Independent.

A flight instructor Bob Perry also found it strange that Jacob chose to abandon the plane instead of trying to land it safely while the video also shows Jacob heading to the plane's crash site instead of a safe haven. The Drive reported an aviation Youtuber who found that Jacob's other plane was found circling the crash site a few days prior to the actual crash.

Jacob also returned to the airport a few days after the crash to narrate the incident. However, when the airport officials said that the matter had to be reported to the authorities, he allegedly chartered a helicopter and moved the wreckage from the forest to an unknown location.

The FAA does not comment on ongoing investigations and we might have to wait for maybe a year or more to know of the outcome, The Drive reported.