Guests Allege Prohibited Items Are Being Snuck Into Disney Parks

When at any theme Park, let alone a Disney theme Park, safety is, or at least should be, one of the highest priorities. In the age of COVID-19, this commitment to safety has only grown in the Disney Parks and Resorts, as the Walt Disney Company has made strides to keep all guests safe while visiting.

But Disney World also has a strict list of rules Guests must follow while visiting, which includes dress codes, rules on language, and of course, prohibited items. You can check out our complete list of things that will get you kicked out of Walt Disney World here.

Disney explicitly states what activities and items are prohibited on their website and Guests who break these rules will be punished or should be at least. Recently, one Guest went to social media to discuss the seemingly “lacking” security measures in the Park as of late.

Is Disney Being More Relaxed on Prohibited Items/Behaviors?

I’m currently on DCP so i’ve been going to the parks more often and noticed that a lot of prohibited items and behaviors are appearing in the parks more often than ever. I see a lot more selfie sticks and bigger tripods, a lot of people not wearing masks on rides (written prior to the new mask rule), i literally saw somebody smoking right behind a guest services umbrella, and i just saw a wagon leaving magic kingdom. I’m not trying to be a puritan or anything, i do think disney has some stupid rules, but a lot of this is for peoples safety. I mean, the wagon got onto the monorail, and literally took up most of the standing space. Has anybody else noticed this either or it’s just me? Does anybody know why they’re being less strict?

Many in the comments shared their thoughts, opinions, and experiences regarding this topic. Security should be a top priority for any theme park in this day and age as a way to not only keep Guests safe but Disney Cast Members as well.In the comment section, user u/Purple_Quail_4193 said:

I saw someone smoke in front of a cast member by Casey’s corner back in may. The cast member was trying their best to explain no smoking and the guy ignored her as she walked away and puffed on it more. Multiple cast members reminded this guy as he was smoking right next to a backstage entrance (edit: added backstage to clarify)

There’s only so much you can do while the guests are being complete assholes as anymore I’ve seen them lash out on you guys for the most trivial stuff. You are the magic and keep your head up strong! 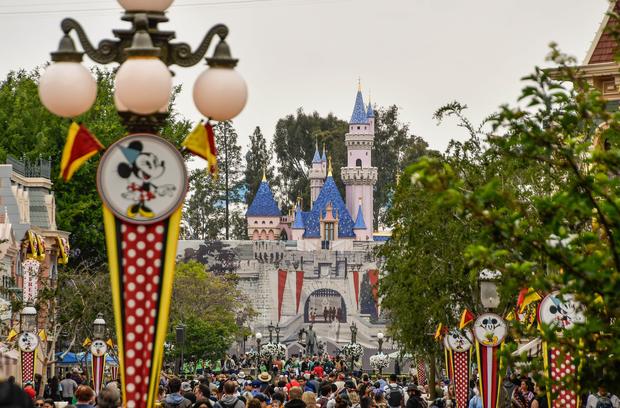 Another user also discussed how Cast Members might have too much on their plate to fully analyze ena keep up with every single Guest. User u/AfterTheNightIWakeUp commented:

The rules haven’t been relaxed, but the CMs are burnt out from dealing with horrible guests day in and day out.

User u/mrhoopers had some harsh thoughts on Guests who break the rules:

Throw the offenders out of the park, keep their money, be obnoxious enough that they tell their friends.

You could throw a great many of the people out of the park and still make an obscene amount of money. No. The customer isn’t right.

Just need to find the right people to do the throwing.

There’s quite a long list of items that Guests are not allowed to bring in. Check out the full list of prohibited items at the Walt Disney World Resort below:

Starting with items Guests are not allowed to bring into the Parks, there’s a fairly long list:

In terms of activities and actions that are not prohibited by Walt Disney World, there’s also a rather long list:

Recently, we have been seeing some Guests claim that security is a bit lacking as of late in the Disney Parks. Guests visiting Disney should always be assured that Cast Members are always enforcing the highest level of safety, and there are authorities and security around at all times. Although dangerous situations rarely happen, if anything ever does arise, the right measures will always be taken so that Guests can remain safe and continue to enjoy the magic.

Have you experienced anything like this at Walt Disney World? Let us know in the comments below.

Why stock markets may soon see a tidal wave of buying. Plus, the best ETFs for buying U.S. equities