After years of refusing to be "one of those people," I finally caved and bought a stick that attaches to my camera. It functions like an extra-long Inspector Gadget arm, enabling me to capture my surroundings from a fishbowled or bird’s-eye perspective.

I know what you’re thinking: You bought a selfie stick. Big deal. To which I say: It’s not a selfie stick. It’s an action pole. Specifically a UKPro Pole 38HD,a lightweight, waterproof telescoping monopod that extends from 16 to 38 inches with a few twists of the wrist. When attached to my [GoPro HERO4 Silver action cam] (https://shop.gopro.com/hero4/hero4-silver/CHDHY-401.html),it is a force to be reckoned with. But it is not a selfie stick.

The shame that comes with using a camera accessory that bears even a passing resemblance to a selfie stick is real. I’ve defended my action pole’s existence to border patrol officers at the Canadian airport, fellow hikers at the Kasha-Katuwe Tent Rocks National Monument in northern New Mexico, and beer-slugging water tubers in Del Valle, Texas. 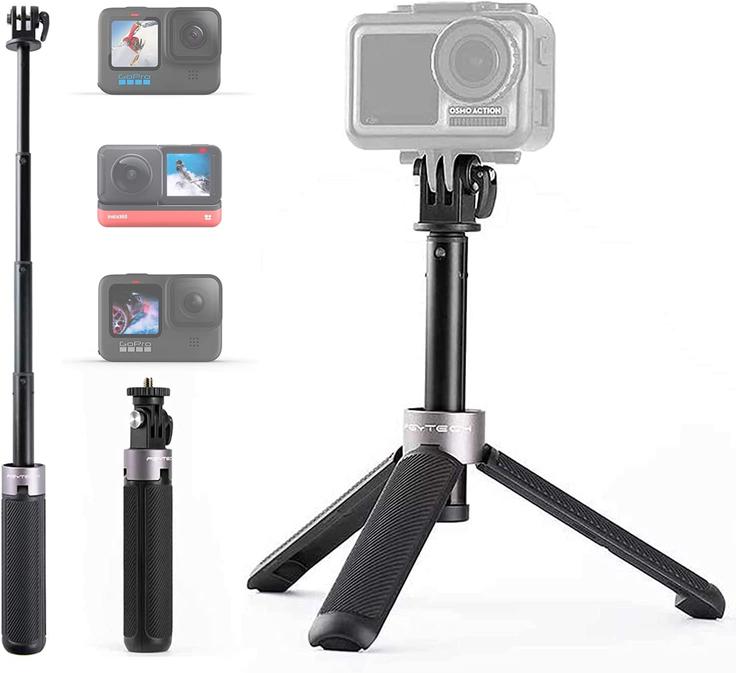 I get it. Selfie sticks are obnoxious. They block people’s views and encourage bad behavior—like duck-facing in front of UNESCO World Heritage Sites. But the truth is, legit photographers have been attaching cameras to protractible poles with cable releases for decades. Monopod are infinitely useful for landscape and adventure photography, helping to steady the camera and stretch its field of vision.

Jason Falcone, a marine fish conservation student and outdoors photographer (@jasonbfalcone) in Richmond, Virginia, takes his GoPole Reach 14-40” extension pole everywhere: scuba diving, wake boarding, hiking, cliff jumping. Long before he invested in a proper action pole, Falcone rigged together a D.I.Y. monopod by duct-taping his phone to the end of a broomstick. “I just love the versatility,” he says. “But I also try to respect others when using it. If you’re waving it around or traveling to take selfies, without any appreciation of your destination, then it becomes a problem.”

Instagram-famous “skywalker” Humza Deas uses a GoPro Flex Clamp and GorillaPod when shooting. The former gives his images a cool “security camera POV,” while the latter is stable enough to record time-lapse videos. Deas has also found that “people of authority” dislike traditional tripods because they’re associated with commercial work. A monopod setup helps him get in, grab his shot, and get out before the security guards take notice.

Sometimes it’s the technology that dictates the accessory. Photographer Tom Starkweather bought a cheap SSE 48-inch extendable monopod to hold his Ricoh Theta 360° camera. “At first I was self-conscious about the purchase, since I don’t take selfies,” he says. “But if I were to just hold the camera, my hand and arm would appear huge and distorted in the picture.” A pole was the obvious answer for minimizing his presence in the image, while providing “a higher overhead” and a “much wider field of vision—like that of a low-flying drone.”