Bad news for anyone planning a trip to Italy this summer in the hopes of getting the perfect solo picture in front of the Milan Cathedral: Milan has officially banned the selfie stick.

According to The Local, the city is banning selfie sticks in an effort to crack down on "anti-social behavior." The city has also banned cans, glass bottles, and food trucks as a means of eliminating litter during the summer months. Locals and visitors are prohibited from “holding, carrying, leaving on the ground, disposing of or receiving any kind of glass bottles or containers, cans, and selfie sticks” in the area spanning Piazza XXIV Maggio, Gorizia Avenue, Via Codara, Cantore Square, and Gabriele D’Annunzio Avenue. 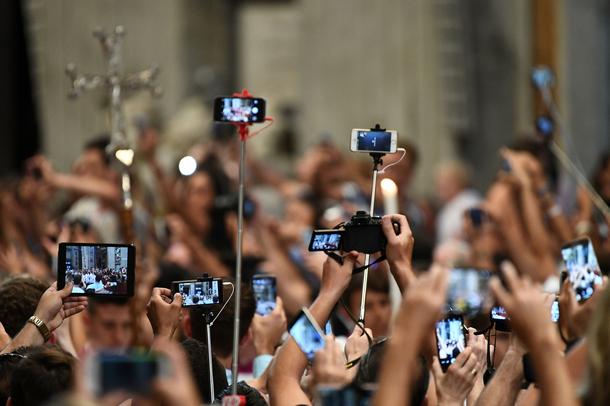 The anti-selfie-stick regulations went into effect on July 14, and will remain active until August 13, with the possibility of extending into the future. Carmela Rozza, Milan's councillor for security, notes that the ban "will continue until it is needed," The Local reports.

Milan is hardly the first destination to say "no more" to selfie sticks. The arm-extending apparatuses have been banned in Vatican City, at Amsterdam's Van Gogh Museum, and and in Beijing's Forbidden City out of concern for the artwork and antiques, and they're not allowed in South Korea because of the Bluetooth technology they employ. Places like Lake Tahoe, Pamplona, and Disney Land have largely gotten rid of them due to safety concerns, and they're not allowed in Mecca, Saudi Arabia out of respect for worshippers.

"Anti-social behavior" isn't the only problem with travel selfies. In pursuit of the perfect shot, tourists have damaged everything from natural phenomena to $200,000 worth of artwork, and countless others have died or been seriously injured for the sake of a selfie.

Guess you'll have to find another way to commemorate your Italian summer vacation. Gelato, anyone?