does walgreens have selfie sticks

One day at the Ashford Rise School, director Maude Pampel received a visit from her son, Sam. His teacher wanted him to show Maude a bump on his face.

Maude and Tony, Sam’s dad, took their son to the doctor, who prescribed antibiotics. Because the bump was around Sam’s neck and ear, they hoped it was a swollen lymph node.

When the antibiotics didn’t have any effect, doctors thought Sam might have a bad ear infection, so he was given stronger medication.

That bump was the start of a four-year health crisis for this neighborhood family that led them across four cities in two states to find doctors and hospitals offering specialized, and usually invasive, treatments.

Through it all, they were met with an outpouring of support from nonprofits, neighbors, strangers, friends and family. Whether it was delivering meals, mowing the lawn or expressing verbal and emotional support, neighbors never stopped caring.

Weeks after the teacher first spotted the bump on Sam’s face, they were back at the doctor’s office. The doctor prescribed a different kind of antibiotic and said she would call other physicians to see if they had any ideas.

Maude was in line at Walgreens when the doctor called, instructing her not to give Sam the prescription. The doctor wanted Sam to see an ear-nose-throat specialist the next day. If Sam took the medication, it could have masked symptoms. 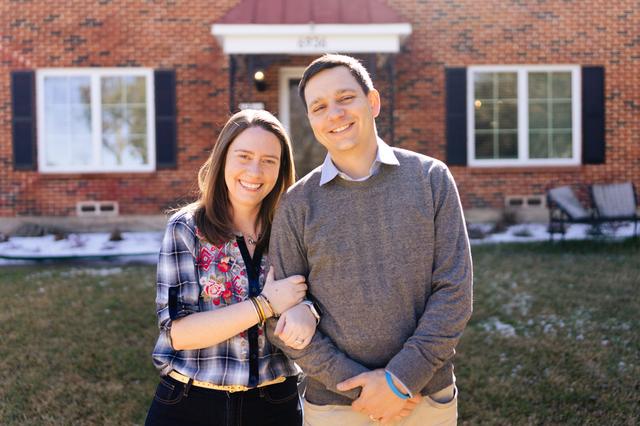 Tony drove Sam to the appointment. The doctor asked Sam to lie down for the examination. He was surprised, Tony says, because he pulled a glob of dried blood out of Sam’s ear.

“That’s not supposed to be there,” the doctor said.

He was looking at Sam’s ear using a tool connected to a monitor.

“Mr. Pampel, I need you to come over and look at this,” the doctor said.

On the screen, Tony saw a picture of something hanging down in Sam’s ear canal: a tumor.

Over those weeks, the family had been clinging to hope. Slowly, with each new piece of information, hope was being taken away. Maybe it was just a swollen lymph node. It wasn’t. Maybe it was a benign tumor. It wasn’t.

They took Sam to the hospital’s oncology floor, to a nice room with big couches. That’s where doctors explained the situation. They didn’t yet know the cancer was neuroblastoma, Maude says, but something had to be done. Treatments had to begin.

But while he was undergoing therapy, Sam relapsed and was given a “high risk” diagnosis. This time, doctors found a 2-centimeter mass between his brain and skull. They were clued on to something being there when Sam woke up one day, screaming in pain because of a severe headache.

Tony drove Sam to Las Colinas Proton Center, where every weekday for four weeks, Sam was sedated and given radiation treatment. And when the cancer was small enough, a surgical procedure removed it.

“Imagine a 4-year-old at this point, trying to run around with a surgical drain out of his head,” Tony says. “We did chemotherapy again — harsher, bigger drugs, some of the platinum-based drugs that at that point actually knocked out his hearing in one of his ears.”