where are selfie sticks banned

Coachella and Lollapalooza are among the growing number of music festivals to ban selfie sticks from the concert grounds. On a list of prohibited items on the Lollapalooza site, the fest states they’ve outlawed “GoPro attachments like sticks, selfie sticks & monopods,” while Coachella similarly frowns upon “selfie sticks / Narsisstics [sic],” BrooklynVegan reports. 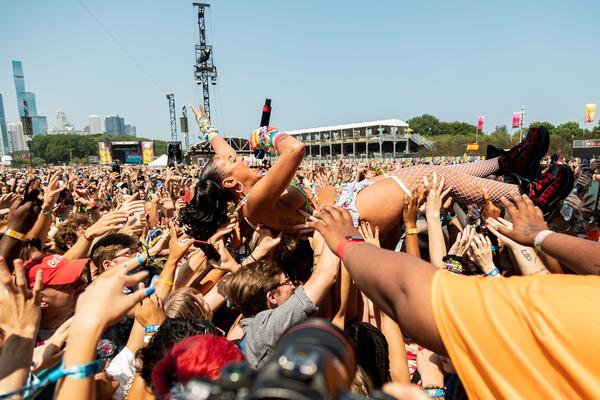 In addition to being an audience-wide nuisance, selfie sticks are also viewed as encouraging the unauthorized recording of the festival’s performances. However, as The Hollywood Reporter writes, the selfie stick ban will likely be difficult to enforce, especially given that large sticks with unique items attached are often used as beacons by festivalgoers so that they can locate one another in the massive crowds.

While Coachella and Lollapalooza have banned selfie sticks, other major music festivals, including Bonnaroo, Sasquatch and Governors Ball, have not added the device to their prohibited items list yet, but given the apparatus’ burgeoning popularity – even President Barack Obama is guilty of selfie-sticking – those festivals’ stance could change in the near future.

Earlier this year, many of the U.K.’s biggest venues, including London’s O2 Arena and Wembley Arena, also prohibited selfie sticks. “The sticks might mean you are refused entry to the venue so our advice is don’t bring them and stick with the tried and tested use of an arm,” a Wembley Arena rep told NME, while the O2 Arena said in a statement, “The O2 do not allow selfie sticks into the arena due to safety considerations. We welcome selfies, but please leave the stick at home.”

It’s not just music venues that are prohibiting selfie sticks: According to the CBC, historic landmarks like France’s Palace of Versailles and Rome’s Colosseum also have a “no selfie stick” policy. In the latter case, the ban was instituted after a pair of American tourists carved their names into the Colosseum’s walls and then used the gadget to photograph their crime. The tourists were later arrested.