Happy weekend, cheeps! I hope you're staring down the barrel of some unseasonably warm weather, as we are here in Michigan. Must. Return. To. Outdoors!

Like, maybe, go out and shoot some video? With a free OnePlus phone, maybe? Hey, just spitballing. Maybe you're content to stay in and play a free game. You do you. (Survey: Is that phrase played out or still viable?)

I found some great stuff to kick off your weekend. Take a look.

Sure, at first we all thought selfie sticks were silly. But let's be honest: They're incredibly handy, especially if they're like this one. It doubles as a tripod, an invaluable feature for on-the-go vloggers. Plus, there's a removable Bluetooth remote for snapping photos and starting/stopping video. No-brainer at this price, if you ask me. 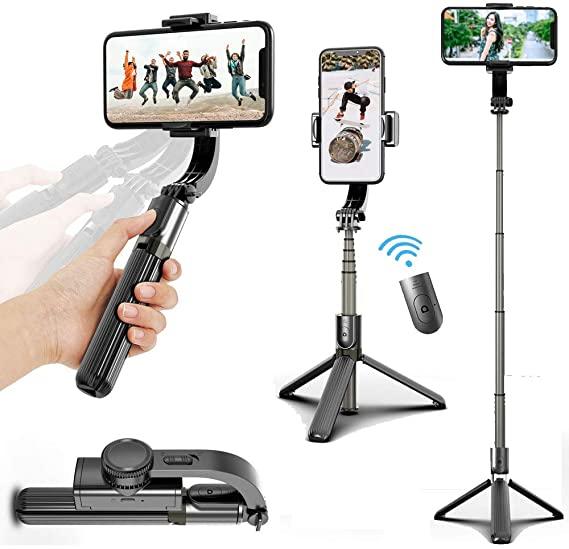 Want to take phone video to the next level? Try shooting with a three-axis gimbal like this one. It promises to keep your footage much steadier than if you filmed by hand, plus it doubles as a tripod. It also folds up for easy transport.

Although I haven't tried this particular gimbal, one thing I've noticed with products like them (which, incidentally, used to sell for $100 and up): There's a learning curve. Read the instructions, watch some tutorial videos. Because operation isn't always intuitive, a little study is in order.

If you don't mind a little profanity with your self-help, check out this massive ebook bundle from Humble Bundle. It includes a whopping 27 titles, most from Microcosm's popular Unf*ck Your Life series. (The one that started it all, Unf*ck Your Brain, sells for $10 for Kindle all by itself.)

There are various tiers available, including one that's just $1, but obviously the best value is buying the whole enchilada. Whatever you choose, a portion of the proceeds goes to Street Books, a "bicycle-powered mobile library serving people who live outside and at the margins in Portland, Oregon."

Two monitors side-by-side = big productivity boost. But if your desk doesn't quite have room to accommodate them, or you want more positioning options, grab this dual-arm mount. Just clamp it to the back of your desk (or using the grommet-hole option) and attach your Vesa-compatible monitors to the arms.

The mount can accommodate screens of up to 27 inches, and they're all good for independent tilting, rotating and swiveling. Great, great deal for the price.

Me, I'm all about the waffles. This one handles the basics courtesy of nonstick baking plates -- which can also be used for more than just waffles. (Cinnamon rolls, anyone?)

Best part about this deal, other than the crazy-low price: Cuisinart's three-year warranty.

Have a safe and enjoyable weekend, and I'll see you back here on Monday!

This article was first published on Friday. It has been updated with weekend deals.

CNET's Cheapskate scours the web for great deals on tech products and much more. For the latest deals and updates, follow him on Facebook and Twitter. You can also sign up for deal texts delivered right to your phone. Find more great buys on the CNET Deals page and check out our CNET Coupons page for the latest Walmart discount codes, eBay coupons, Samsung promo codes and even more from hundreds of other online stores. Questions about the Cheapskate blog? Answers live on our FAQ page.