Every selfie stick is not the same. They may look similar, but the category is remarkably diverse. Some have Bluetooth-connected shutters, some have remote control shutters; some are bendy and durable; some are waterproof (yes, really). Some are very, very long; some aren't so long; some are bedazzled. Some look like hands. Some are spoons. But they are all, at the end of the day, one thing: A stick that takes selfies.

When it started showing up in the "As Seen On TV" section of stores everywhere, the selfie stick quickly went from gag gift to totally legit consumer product. And usually, when something even mildly tech-related has a user base of more than, say, 200 people, the update cycle goes into overdrive. That's why you can buy a selfie-stick that, say, folds.

"Right after CES last year, we came back, and realized we had a lot of competition in the market and people were coming to our booth in herds," says Robert Rickheeram, co-owner of GoTech, which owns and makes TheSelfieStick. "We said 'OK, we need to develop something we could patent,' so we came up with the folding selfie stick." 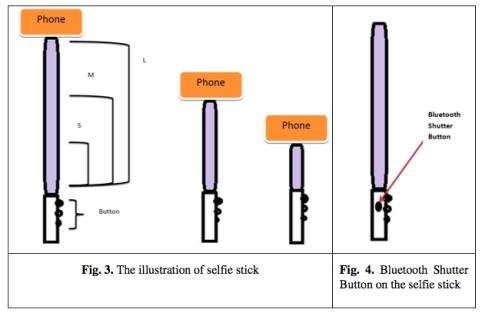 GoTech filed the patent about a month after CES. Now, if you're thinking you saw folding selfie sticks before the patent was even filed, you're right. "Either the factory or engineers [we sent the plans to] started knocking it off before we even had the patent filed," says Rickheeram.

The selfie stick market is overflowing with patent infringement, trademark violations, and an unstoppable flood of blatant copycats and knock-offs. At the same time, it's an insanely popular product, one that's as much an unending cultural joke (a la the Snuggie) as it is a useful tool. And so, the competition to make a better one, a cooler one, another one worth buying, is about to explode once again, and just in time for holiday shopping, vacation season, and of course, CES. Oh sure, Rickheeram says, sales have taken a dip, but that was expected and they'll almost certainly pick up again next month. "Some people missed out on the first run of selfie stickness."

While selfie sticks are relatively simple—it's a stick, after all—some of them are so poorly designed that they're impugning the reputations of the good sticks. "They don't use the right coating, so the [folding part] will get stuck," says Rickheeram. "Or the part that holds your phone, if the plastic isn't high quality, your phone will fall out or get stuck. The rubber can shift, and render the button useless."

The trouble, Rickheeram says, is the vast majority of selfie stick vendors aren't doing a lick of product research. "They buy a stick, put it in their packaging, and sell it," he says. In contrast, Rickheeram says focus groups are essential to GoTech's product development process. Users see the product and are asked what else they want out of it; it's how GoTech came up with the idea for the folding selfie stick in the first place.

"People said, 'It needs to be smaller to it can fit in my purse or bag or pocket.' So we made it smaller and in order to do that, we had to find a design that works." Now, while knock-offs abound, GoTech has received the patent for the folding selfie stick, which is available now and currently ranges from $10-$15.