Watch out for these false videos after the Tonga volcano eruption

A tsunami caused by a powerful eruption of an underwater volcano in Tonga, an archipelago of islands in the south Pacific, has caused widespread damage. There have been no casualties, according to New Zealand Prime Minister Jacinda Ardern.

Photos and videos have been circulating widely on social media, showing the eruption and its consequences.

However, we've spotted a few fake posts that have been shared with the hashtags #TongaVolcano or #PrayforTonga.

We verified them with the InVid WeVerify tool (click here to find out how) to see where they really came from.

A boxer washed away... in Indonesia

The first surprising video: A man punches a tree while a woman films him. Suddenly, he's caught up in a wave that comes out of nowhere. The post was shared on Twitter by a user claiming to be an Indian journalist. It was viewed over 1.5 million times and also reposted on Facebook. 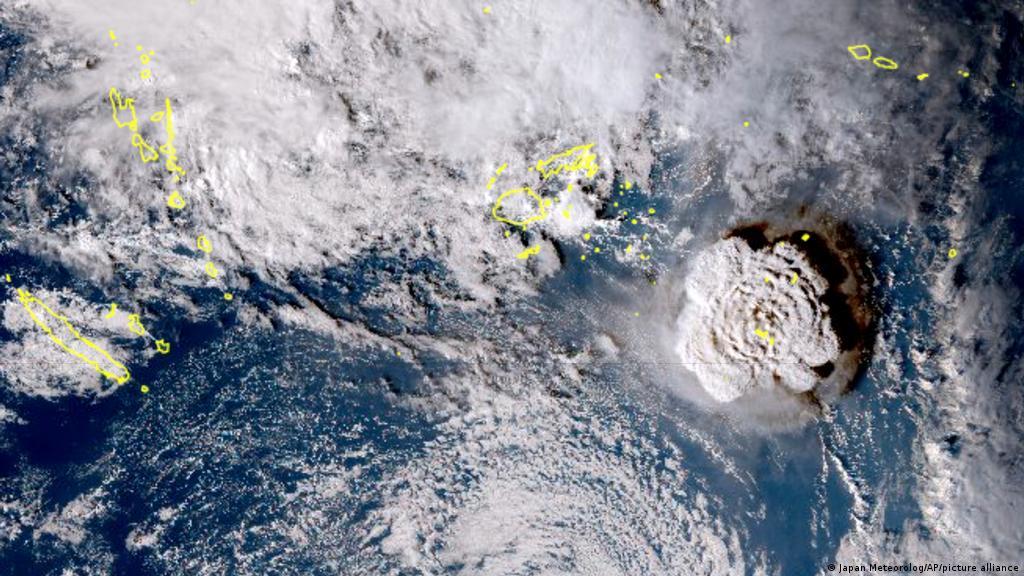 A reverse image search using InVid WeVerify finds the video on YouTube. It was posted on December 6, 2021, and shows the "bono" phenomenon, or a tidal bore, when a strong tide pushes against a river's current to form a wave.

In the post's comments, the person who took the video explained that it was filmed at Ogis Beach, in Teluk Meranti, Indonesia.

Two similar videos were also presented as the aftermath of the Tonga eruption and tsunami. A montage of these videos shows two people, a man and a woman, using selfie sticks to film themselves as they run away from the waves and are eventually swept over.

The video, shared widely in Spanish on Twitter, was viewed around 300,000 times.

But these two videos were also posted earlier, on December 6 and 7, 2021. They show the same exact phenomenon: a tidal bore on the Kampar river in Indonesia.

The two people filming were together in the same place, as seen in the videos.

During natural disasters, it is not uncommon for fake images to circulate on social networks using hashtags corresponding to the event. Sometimes, people even try to take advantage of the confusion to gain followers or engagement.

That was the case during cyclone Shaheen in Oman last October. Watch how we were able to verify those images below.